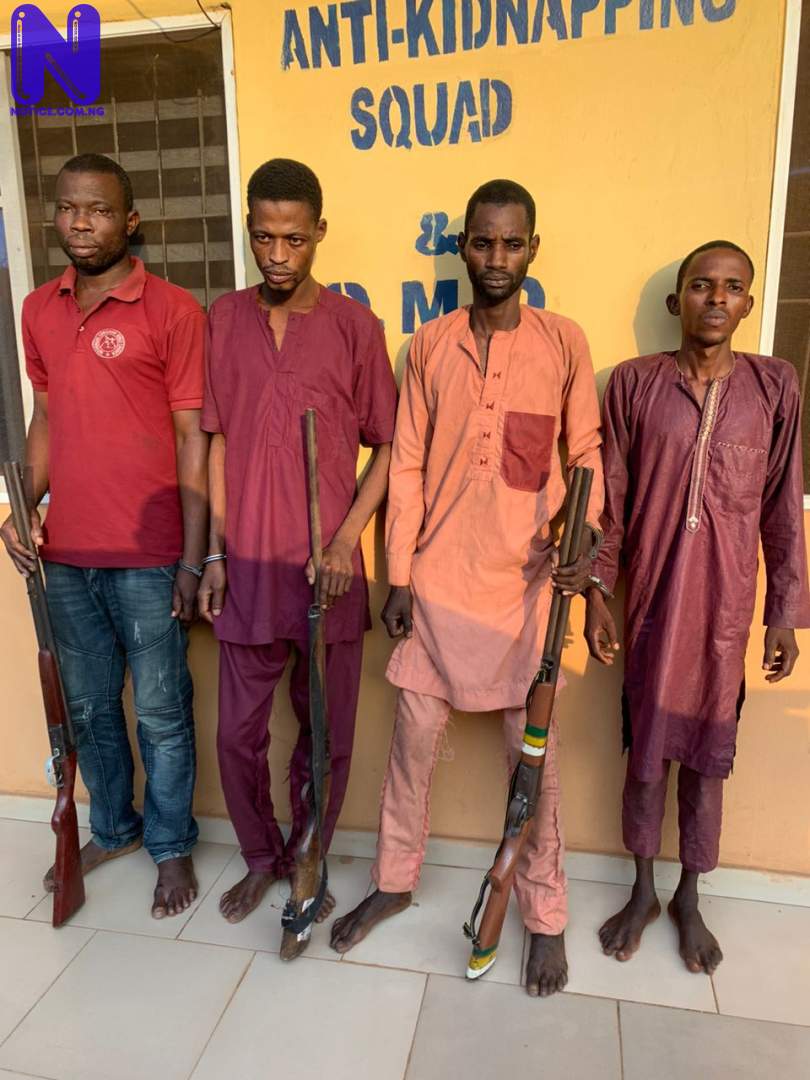 Police in Ogun State have apprehended four suspected terrorizing Abeokuta and its environs.

According to him, the suspects were arrested following a series of kidnap cases at Soyooye and Ibara Orile area of Abeokuta North Local Government.

Press had earlier reported how kidnappers took over many communities in Abeokuta, leaving residents with no option than to relocate.

Oyeyemi said the Commissioner of Police, Lanre Bankole, had upon the report, directed the Anti kidnapping team to move into the area so as to fish out the kidnappers.

In compliance with the Police Commissioner's report, the SP Taiwo Opadiran-led team was said to have embarked on technical and intelligence-based investigation, which Oyeyemi said led by Irukura Abu, "later discovered to be the supplier of guns to the hoodlums."

Abu's arrest led to the arrest of Musa Muhammed, "while coming out from their hideout to buy food for their victims and members of the gang."

The duo, it was learnt, confessed, after thorough investigation, "to be members of a kidnap gang who are responsible for the abduction of one Bishop Oladimeji Joshua of prayer city, Keesan Abeokuta, on September 22, 2022."

Oyeyemi said the suspects told the police that they were responsible for the abduction of one Kafayat Jelili of Ogo Titun area of Ibara Orile on September 27.

"Their confession led to the arrest of the remaining two, Ismaila Ibrahim and Okanlawon Muhammed."

Two double barrel guns and one single barrel long gun were reportedly recovered from the suspects.

Meanwhile, CP Lanre Bankole has ordered that the suspects be prosecuted immediately after investigation is concluded.

He has also directed a manhunt for other fleeing members of the gang.


BREAKING >>> Why Is My Car Shaking? Top Five Reasons Your Car Is Vibrating