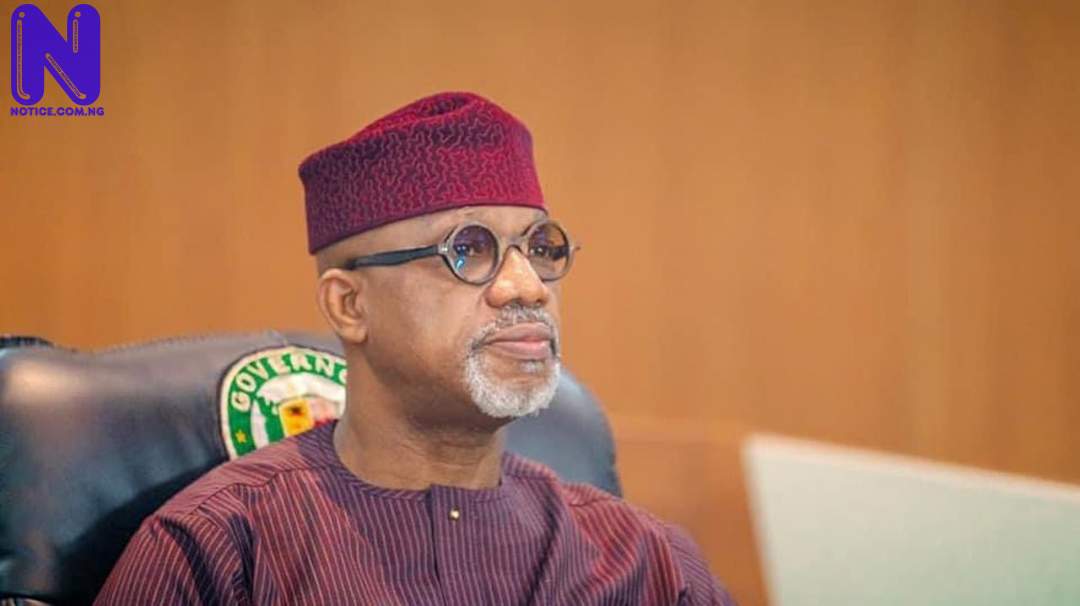 Two time-worn aphorisms apply to the plight of the people living in Lagos, Ogun border communities of Akute, Alagbole, Agbado, Olowora, Ibafo, Mowe, Arepo, Banku, Magboro, Matogun, Oke Aro, Orudu, Adiyan among others. Not a few politicians who took advantage of the area's strategic vote reserves see them as a bat that is neither bird nor rat. In other words, political office holders who determine who gets what when and how regarded many of them as residing on Ogun territory but work in Lagos. They are neither Lagosians nor Ogun people. And for the people themselves, it has always been a matter of once beaten, twice shy and once ambushed, twice wary! They have always received promises from politicians with a pinch of salt.

One can hardly blame the residents. The massive expansion of Lagos megalopolis has created a spill-over effect on the border communities where those who could not withstand the high rents bought cheaper pieces of land, erected buildings and settled. It is a universal phenomenon near big cities. For example, Abuja has spilled over to Maraba, Karu, Masaka, Keffi and others, all in Nasarawa State. Many who work in Abuja live and built structures in the nearby state. The same applies to Abuja and Suleja in Niger State, on the way to Kaduna. Many American workers who live in Maryland drive to Washington DC to work.

The only difference between Washington and Maryland on the one hand and Lagos, Ogun border communities, on the other, is the lack of developments. Anyone flying over the place from Abuja to Ikeja airport cannot but notice a mosaic of buildings with untarred, crater or pothole-ridden roads. Before the coming of the Dapo Abiodun government, the people suffered serious neglect. It came to a point when Buba Marwa was military governor of Lagos that the residents of the border communities cried to him for intervention. And because of the location of the Adiyan water reservoir and the pig farm on Matogun road, the largest in West Africa, coordinated by Lagos cooperatives, Marwa obliged and constructed the road linking Toyin to Giwa junction.

DO YOU KNOW >>> Ogun 2023, Yewaland and political merchants - Olabisi Adedamola

When the civilians came, the story remained the same. There was a particular governor who promised to fix the area but when reminded of his promise, he remarked that the area was not on the map, saying mischievously that it was noted for pig rearing! That past governor did nothing. He responded to a question about the lack of development of the border communities that people living there work in Lagos and paid their taxes to it.

It was this disposition that made the Ogun State Government sit at a round table with Lagos officials to remit taxes of those who work in Lagos but live in Ogun back to the state of their residence. With this new development, the people begged for development since the taxation argument was no longer tenable.

The people thought their prayers were close to being answered when Ex-Governor Ibikunle Amosun's bulldozers roared into the communities and demolished building the way a combined harvester would mow a field of wheat. It was like a Mongol invasion, leaving deaths in their wake. Many whose buildings were pulled down died. Many ended up on the wheelchair as stroke victims with calloused limbs and skewed mouths. Horror!

The promise then was to build a six-lane dual carriage expressway from Sango through Ope Ilu, Oke Aro, Lambe, and Akute to the Ojodu Berger area of Lagos. Amosun proposed long bridges that he abandoned halfway. The road for which he demolished buildings remained in shambles, an eye sore that turned the people into residents of slums!

So when Governor Abiodun came on board, he promised to make the residents happy. Not a few said that he should tell that to the marines! They had been deceived ad naeseam and they were not ready to be led by the nose again. Their noses had become so elongated like the beak of a woodpecker that they received any political promise with disdain. How wrong! Abiodun has proved that there is a new sheriff in town, ready to make a difference. And he is doing just that.

Critics and residents can now see that contractors are working on the border community roads. As stated by Engineer Ade Olayinka Akinsanya, the Commissioner for Works and Infrastructure: "The 32- km road had been divided into six phases and constructions would be ongoing simultaneously at the 8.5km Sango roundabout to Ijoko bridge and the 1.5km Lagos-Ogun boundary end as well as Ojodu- Abiodun- end of the state." As he put it three months ago: "The Executive Council has approved the full reconstruction of Sango-Ijoko-Agbado road. This road will be divided into six phases to accelerate the reconstruction work. Work will start at Sango and Yakoyo end and work on both lanes until we get to a meeting point.

"From the Sango end, we have about 8.7km that passes through the Ijoko bridge. If we measure it from the Sango end and pass under the bridge to the roundabout, it is close to 3.5km and this will be phase one of the project. Phase 6 is the Lagos-Ogun State end and this is 1.5km up to Mr Biggs." Asphalt is currently being laid on the road up to Alagbole and the same is going on at the Ijoko end.

In mid-December 2022, the government stated that conscious of "our place in history, we have been reconstructing all arterial roads linking the State with Lagos State, such as Raypower Road and Ikola/Navy-Osi Ota Road in Ota, Ijebu-Ode to Epe Road, and Atan-Lusada-Agbara Road. Over a month ago, we moved contractors back to the site to fix the road which connects the Sango-Ijoko-Agbado-Akute-Alagbole end of Ogun State to the Yakoyo-Ojodu-Berger end of Lagos. The Mowe-Ofada Road which was awarded in 2013 by the immediate past administration but abandoned by the same is being fixed. There has been steady and reasonable progress on the project since its commencement."

Right now, residents of Olusegun Osoba road which connects Toyin bus stop in Lagos to Agbado Station bridge in Ogun cannot believe their eyes. Instead of bulldozers pulling down their properties, they can see heavy equipment, and massive juggernauts spreading granite and asphalt on the long-abandoned road. In a statement, the government said: "We’re currently reconstructing Olusegun Osoba Road in Agbado, Ifo Constituency II. This road starts from Agbado flyover and terminates at Toyin Bus-stop, a border town with Lagos State."

On 14 November, 2022, Governor Abiodun commissioned the 2.35km Arepo-Journalists Estate Road, with a promise to "continue doing projects capable of making life more meaningful to people and residents of the state." The road, for many years, had been in a deplorable state.

One of the approaches to bringing succour to the people of the communities is the development synergy between the two states. In the past, there was the Lagos Mega-City Development Authority, headed by the great geographer, the late Professor Akin Mabogunje. But it fizzled into oblivion with the speed of its arrival because of political differences between the two states which operated under different political parties then. The idea was initiated by Ex-President, Olusegun Obasanjo. As Mabogunje revealed in his 19 May 2015 interview with Thisday, Federal Government would contribute 45 per cent, Lagos 40 per cent and Ogun state 16 per cent.

Mabogunje, in spite of that, revealed what went wrong: Things became more difficult "when Lagos backed out of the whole arrangement and one of which has to do with the improvement in the rail movement of people in Lagos. It has been agreed that the rail from Marina to Iddo to Agbado should be constructed along the right of ways of the rail from Lagos-Kano, but once the arrangement between the two governments broke down, the federal government has not been excited about allowing Lagos state to go on with it. We have done other things, like developing the landfill sites which would have involved both Lagos and Ogun states but since Lagos backed out, the federal government also blocked its interest."

However, with Dapo Abiodun and Babajide Sanwo-Olu in the drivers' seats in Ogun and Lagos, a new synergy has come to stay. The two Governors, in May 2021, signed a Memorandum of Understanding (Mou), establishing the Lagos-Ogun Joint Development Commission for the socio-economic development of both states. The commission, As stated by the two governors, is a common alliance between the two states to jointly "tackle issues bordering on security, sanitation, traffic and transportation, waste management, water supply, land use planning, infrastructure development and maintenance, urban renewal, and slum upgrading, among others." Governor Abiodun, the host, said with eclat that the commission was a manifestation of the desire of the two states to attain rapid socioeconomic development and address the lingering boundary issues between both states.

Now, this is yielding results as the Lagos Red Line from Oyingbo will reach Agbado station in Ogun territory. In an interview with TVC, Governor Sanwo-Olu said: " The Red line is from Oyingbo all the way to Agbado. Agbado is actually in Ogun State and we extended it because we wanted to catch all of the traffic to make it viable. It is on the old rail corridor. We build our own with Federal Government going Lagos-Ibadan. So, they will leave from Ebute-Metta, go straight to Agege, and get out of Lagos but we will start from Oyingbo. We will do Ebute Metta, Yaba, Ilupeju, Mushin, Ikeja, Agege, Ayoola Cooker, Iju, and then Agbado. It is a whole stretch."

For what Dapo Abiodun is doing to bring comfort to the Ogun, Lagos border communities, the residents are happy. Mr Goke Arigbabu of Alagbole area enthused: "When the Governor promised to tackle our problem, I was one of the cynics who said in my heart that he should go and sit down somewhere that we had heard that in the past- the promise of politician who would promise to sell ice block to Eskimos. Now, I am wrong. Look at the freshly laid asphalt on our road at Alagbole. At times, I would pinch myself, thinking it is a dream. It is real…"

Tijani Abdul of Lambe said he was surprised when Abiodun's caterpillar roared into our area. "From Lambe to Jolasco, it used to be a hell, driving through water-logged roads. The place has been graded, awaiting a fresh coat of granites and asphalt, a process that has reached Alagbole."

Mrs Labake Ariyo of Agbado crossing said she could not believe her eyes when she saw Abiodun's machines spreading granite and laying asphalt. To her, it was a departure from the leviathans which Amosun unleashed on Akute to "demolish people's homes and untimely despatch them to death."

John Cosmas Nwachukwu, another resident of the Agbado Station area remarked with enthusiasm: "It is a glorious dawn for us who are businessmen in this place. The new road will bring better traffic and people," a critical mass for business success.

Demola Obembe of Sango area simply regarded the development "as a light at the end of the tunnel."

Indeed, there is a new Sheriff in town. That is Governor Dapo Abiodun.