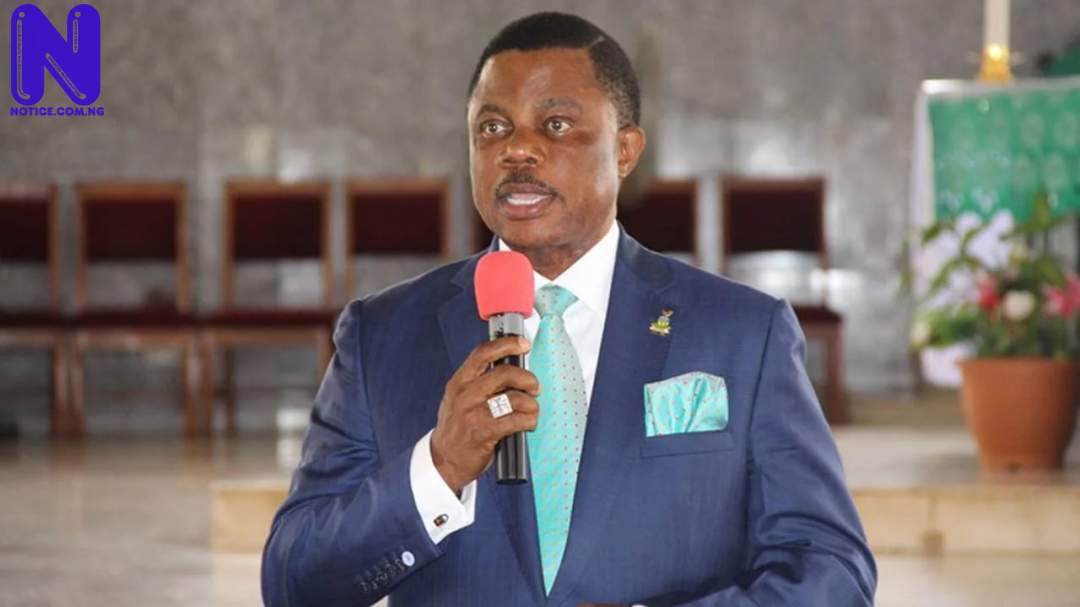 The Governor of Anambra State, Willie Obiano has suspended the traditional ruler of Ukwulu community, in Dunukofia Local Government Area of the state, Igwe Peter Uyanwa.
Uyanwa, who was suspended as the monarch of the community, was also suspended as the chairman of Traditional Rulers Council, Anambra Central senatorial zone.
Mr C. Don Adinuba, Commissioner for Information and Public Enlightenment, who disclosed news of the suspension to Press said the action was based on several petitions by the people of the community and beyond, against the monarch.
A release by Adinuba read, “Following a series of petitions against the Traditional Ruler of Ukwulu in Njikoka Local Government Area from many people in Ukwulu and elsewhere who want to forestall an impending huge crisis in the community, the Anambra State Government has decided to suspend Chief Peter Uyanwa as the Igwe of Ukwulu for one year with effect from Friday, July 24, 2020, in the first instance.
“His Certificate of Recognition as Igwe is also withdrawn with immediate effect. Consequently, Chief Uyanwa can no longer function as Chairman of the Traditional Rulers Council, Anambra Central Zone.
“These actions have been taken in the public interest. The appropriate security agencies have been notified.”
Meanwhile, a source said that the action was not unconnected with the recent challenge of Governor Obiano by billionaire oil magnate, Prince Arthur Eze, where he (Eze) condemned the governor in the palace of the monarch for refusal to conduct council polls and also remit five percent of the state’s revenue to the traditional institution in the state as prescribed by the federal government under Gen Sani Abacha.