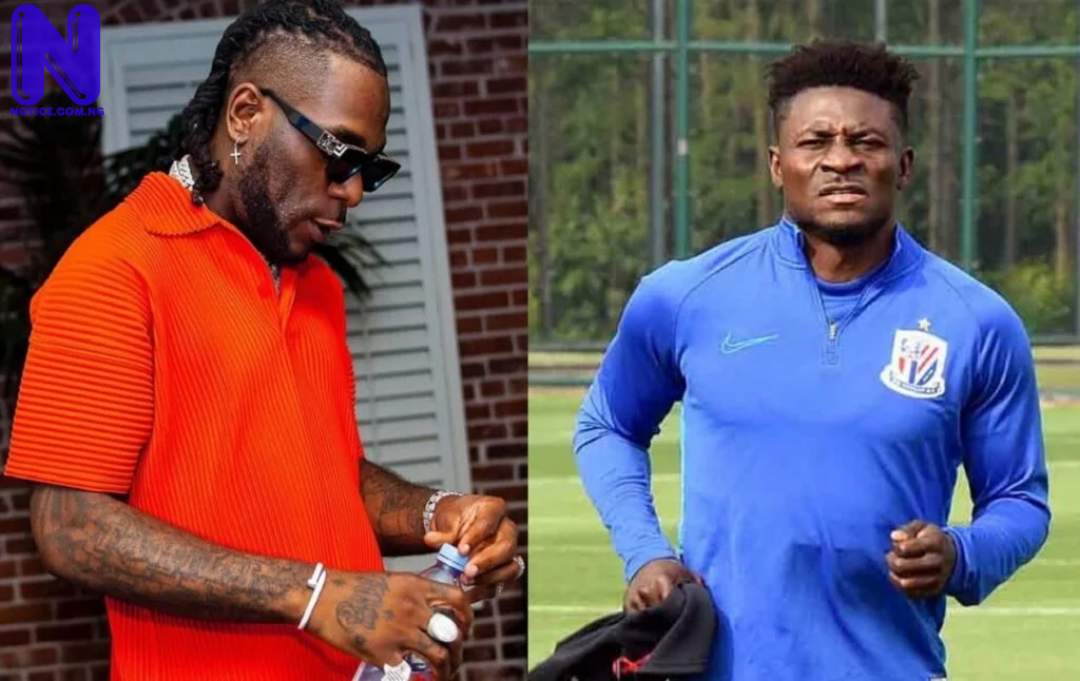 Ex-Super Eagles star, Obafemi Martins, AKA Obagoal has opened up on the rift with Music superstar, Burna Boy.
Press had reported that Nigerian rapper, Sodiq Abubakar Yusuf, AKA CDQ attacked Burna Boy for disrespecting Obafemi Martins.
In what seemed like a ‘brewing ‘beef’ CDQ had via his Twitter handle on Monday, scolded Burna Boy for what he described as “disrespect”, without mentioning what the self-acclaimed African Giant did to the football star.
He had asked Burna Boy and his boys to apologise to Obafemi Martins, adding that Obagoal is not their mate.
But, Martins on his Instagram page on Wednesday, said the trio had resolved the issue.
”According to him, there is always fight and love amongst brothers.
”I have been seeing a lot of allegations online and I don’t appreciate our names being disgraced like this. We had some misunderstanding a few nights ago but this issue has been resolved already.
“There was no fight at bayrock, the club is not even opened for clubbing, I just called my boys to talk about the issue there.
“I be shareholder there na, don’t destroy my business o. There is always fight and love amongst brothers. You guys are making too much hype, forget it and carry on. Eko oni baje!” He wrote.

DO YOU KNOW >>> Alex clears air on relationship with BBNaija Prince