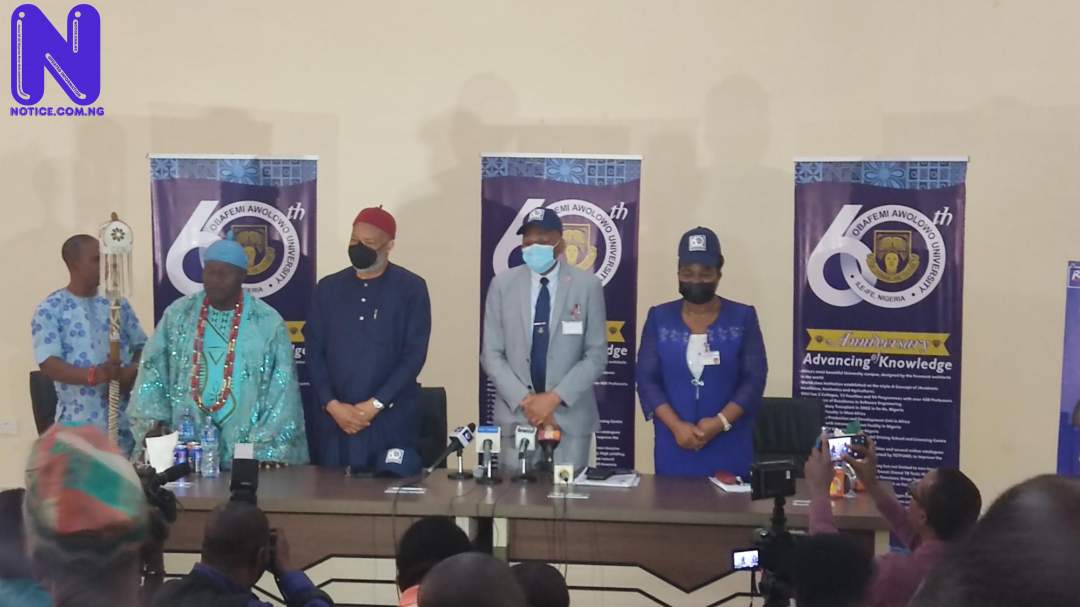 The management of the Obafemi Awolowo University (OAU), Ile-Ife says the citadel is in partnership with the Osun State Government to pharmaceutical structures for COVID-19 drugs to be locally produced as part of its commitments towards bringing an end to the global pandemic.

The Vice-Chancellor of the University, Professor Eyitope Ogunbodede disclosed the news at a press event to mark the 60th anniversary of the institution.

The Vice-Chancellor said the federal government had approached the institution during the peak of the COVID-19 crisis because it had developed some novel natural products even before the pandemic.

"So working with the state and Federal Government, our researchers have been able to come up with some of the products of Obafemi Awolowo University that will be very useful in suppressing the symptoms of COVID-19."

Also, the institution Vice-Chancellor disclosed that the supply of electricity, funding and the problem of insecurity as well as incessant strikes have been some of the problems confronting the University.

Professor Ogunbodede reiterated that the University was making plans to generate 8.3 megawatts of gas-powered electricity to meet the needs of students and staff on campus.

He said the problems have affected the service delivery and capability in teaching, research and in carrying out its community social responsibility.

In his words, "there has been a persistent shortfall in personnel costs. The declining government subvention and the pressures of expansion coupled with the unwillingness of students to pay commensurate tuition fees worsened by the ageing infrastructure, have necessitated the need to explore alternative funding sources."

He also informed that to cater to the welfare of its increasing students’ population, the institution plans to increase its bed spaces from 7,000 to 10,000 for about 25,000 students.

In his words, "the conditions of the halls were not acceptable to the management of the institution, a situation which called for the opening up of the third phase of the students’ village with ongoing construction work."