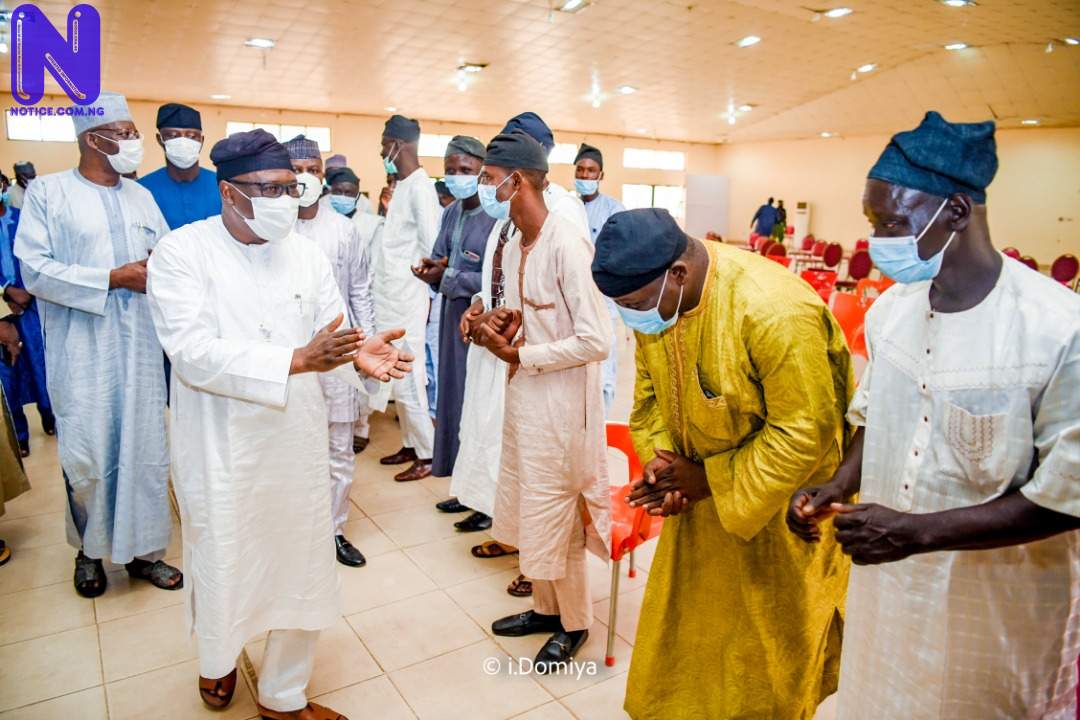 Members of the Nuhu Ribadu Support Group in Adamawa State have transferred their loyalty to Governor Ahmadu Fintiri and joined the Peoples Democratic Party (PDP)
The group, famously known as Black Caps whose members distinguish themselves by wearing black caps, were members of the All Progressives Congress (APC) and campaigned for Nuhu Ribadu when he sought the APC governorship ticket for Adamawa State last year.
The Black Caps, comprising the state and local government executives as well as members across Adamawa State, announced their decision on Saturday in the Government House, Yola, and also changed their group identity to the ‘Adamawa PDP Support Group For Fintiri’.
The Ex-state Chairman of the Black Caps Group, Alhaji Aliyu Bello, said the group defected into the PDP fold in recognition of the efforts that Governor Ahmadu Fintiri had been making to move Adamawa forward.
Receiving the group members, Governor Fintiri told them that the group is one of the political associations he admires.
He assured them that the PDP and his government will carry them along.
The State Chairman of the PDP, Barr Tahir Shehu, expressed happiness that the group decided to join the party and assured them of fair treatment.