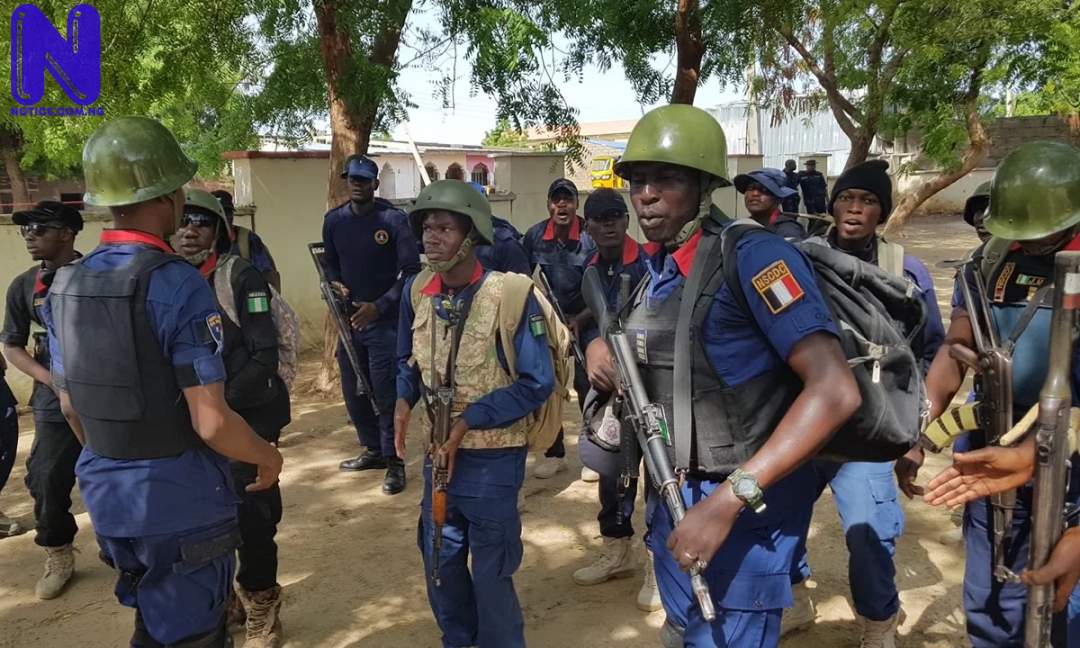 A viable economic hub of Imo State, Avutu Poultry, located in Obowo local government area, has been vandalized by hoodlums, with properties worth millions of naira looted.
Press reports that the government’s revenue generating outfit which was established by Ex-Governor, Sam Onunaka Mbakwe was invaded on Tuesday by five armed robbers and valuables carted away.
The state commandant of Nigerian Security and Civil Defence Corps (NSCDC), Danjuma Elisha, while parading the suspects in Owerri, the state capital, said that they were arrested by operatives of the corps at Okpalla in Imo State with some stolen materials from the poultry.
He disclosed that the corps has concluded arrangement to arraign the suspects in court.
One of the suspects, Onuegbu Obinna who spoke to Press, said that he was arrested because of the item he bought, claiming to have no knowledge that the materials were stolen.
Another suspect, who gave his name as Uwandu Chikadibia, said that he was the driver conveying the materials to Aba, insisting not to be member of the bandits.
“They came to me and asked that I take them with the materials to Aba, and I charged them N25,000 as an advance payment.
“I never knew those materials were stolen. Please I am innocent. I don’t know these people from Adams,” he appealed.
Some of the items recovered from the suspects included aluminum roofing sheets, H-iron, beams and oxygen cylinder.