NSCDC denies attack on personnel by unknown gunmen in Anambra 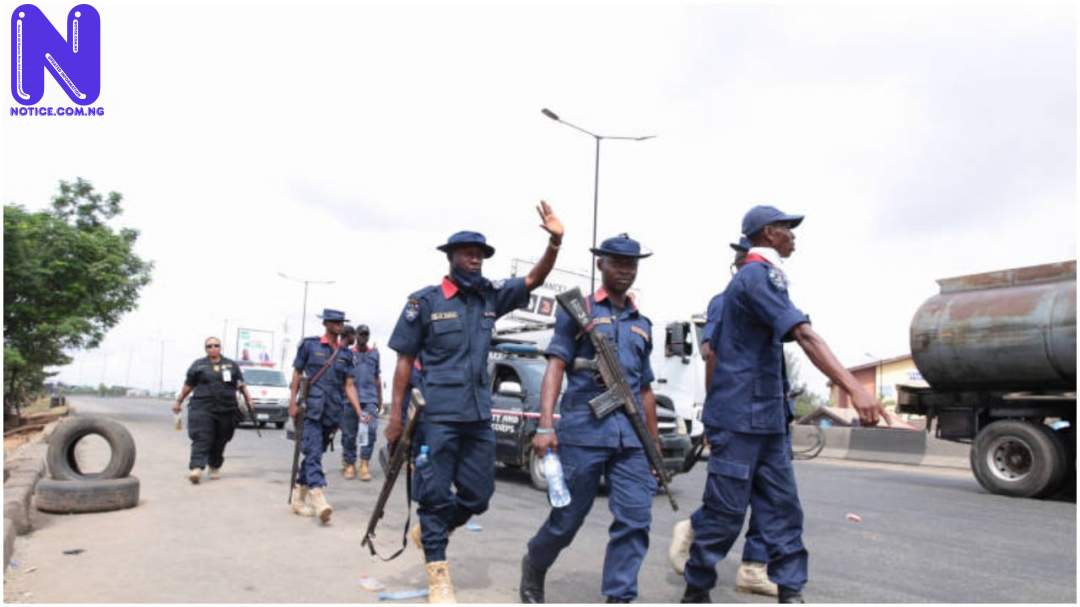 The Nigeria Security and Civil Defence Corps (NSCDC), Anambra State Command has denied attack on its personnel in the State.

It said the rumour was unfounded.

The command was reacting to a video circulating on social media, in which gunmen suspected to be secessionists attacked a van carrying Civil Defence personnel, killing one person and setting ablaze the command's patrol van, which had the inscription - donated by the Anambra State Government.

The command's spokesperson, Mr Edwin Okadigbo in a press release said no patrol van belonging to the command was missing or damaged, while calling on the people of the state to discard the rumour.

He said, "The attention of the Nigeria Security and Civil Defence Corps (NSCDC) Anambra State Command has been drawn to a video circulation in social media insinuating that Civil Defence officers and vehicle were attacked on Monday 30th of August 2021 at Nenyi Umueri in Anambra East LGA.

"We wish to state that there is no iota of truth in the video in circulation. All NSCDC facilities in Anambra State are safe and calm. In addition, all operational vehicles in the State deployed for an assignment are without any untoward incident today.

"This is purely the handwork of crisis merchants and mischief makers who want to create panic and fear in the minds of Anambrarians and residents alike. The Command with other sister security agencies are working in synergy to ensure that Security situation in Anambra State is intact."

The release also quoted Anambra State Commandant, Mr . Vincent Ogu as appreciating the Governor Willie Obiano, the good people of the state and other sister security agencies for their support and collaboration towards enhancing the security architecture of the state.

Meanwhile, a resident of Awka, a civil servant who begged not to be named, said the attack was not recent.

"It happened three months ago, and the operative that was killed is a colleague of my neighbor. He was buried last month," the source said.