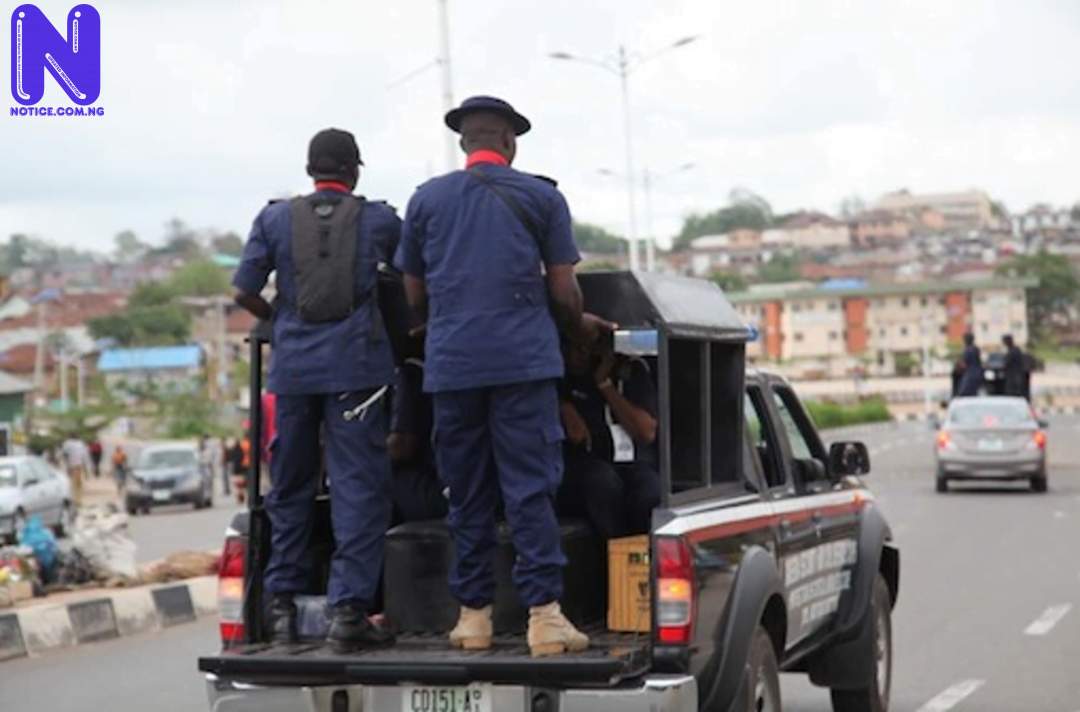 One Mr Ahmed Muktar and two others have been arrested by the Nasarawa State Command of the Nigeria Security and Civil Defence Corps (NSCDC) for alleged abduction and rape of a 19-year-old girl.

Parading the suspects on Tuesday in Lafia, the state Public Relations Officer of NSCDC, Jerry Victor, explained that officers of the command arrested three of the suspects involved in the crime, while the fourth suspect was at large.

The Public Relations Officer said, “Today, we are parading three suspects in connection with a case of abduction, molestation and rape.”

He explained that a complainant came to their office concerning the case, which has to do with his daughter, adding that the incident concerns a driver, Ahmed Muktar, and his cronies.

He said it happened around Nyanya-Mararaba in the Karu Local Government Area.

He further said, “One of the suspects is still on the run, but we are doing our best to get him arrested, after which all the suspects will be charged to court.”

The victim explained that she was going to see a friend when she met Murkar, who was in a vehicle.

She narrated that Muktar stopped her and convinced her that he would drop her off at her friend's place.

“I entered his (Sharon’s) vehicle, then after a few minutes, I slept off only to find myself in an unknown location,” she explained.

The victim further explained that he took her to a place where she stayed for 21 days, stressing that he (Ahmed Muktar) and some other guys had sex with her severally before he returned her to Lafia.

The father of the victim thanked the NSCDC for arresting the suspects and vowed to ensure the men faced the wrath of the law for the damage done to his daughter.

However, Ahmed Muktar alleged that the teenager was his girlfriend and denied abducting her.

He further alleged, “As a driver, I only helped her by giving her a lift. I admit to sleeping with her, but it was only once. She is my girlfriend and I did not abduct her.”