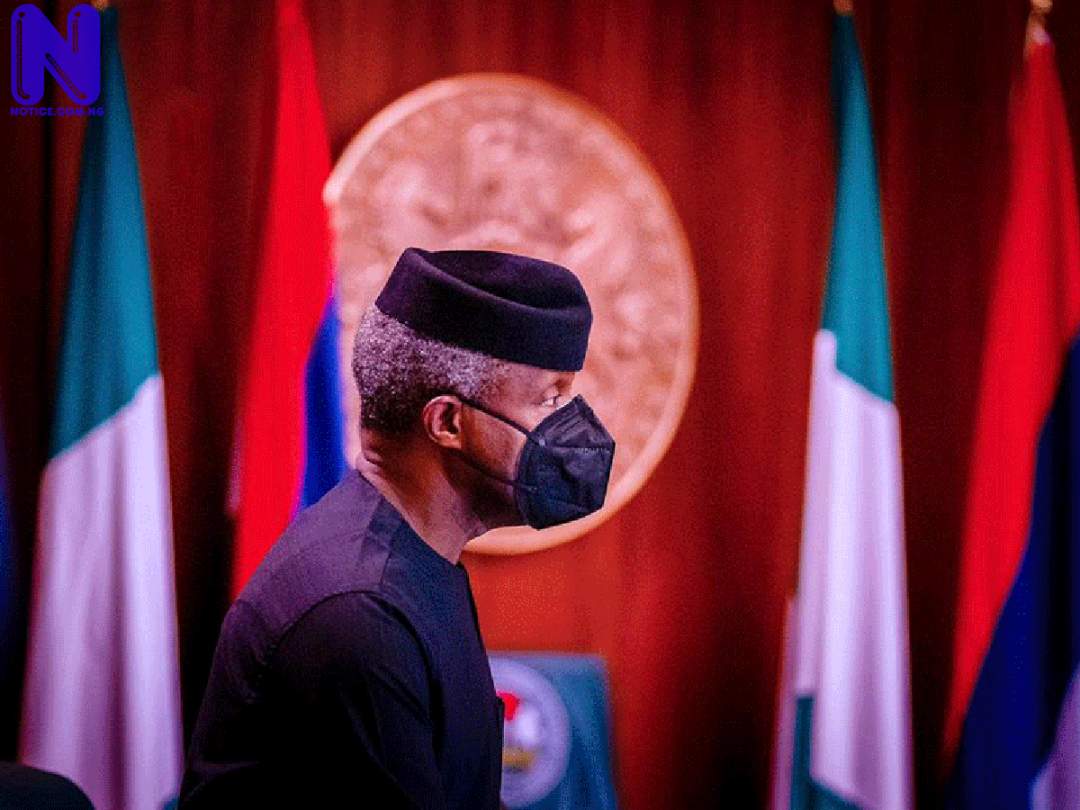 The Coalition of Northern Youth Groups (CNYG) has completely disagreed with the position of Vice President, Professor Yemi Osinbajo, that the Central Bank of Nigeria (CBN) should further devalue the naira for the economic benefit of the country.

The coalition observed that the naira has lost its value so much that it no longer has exchange value compared to other currencies in Africa especially neighbouring countries that Nigeria was once better than.

In a statement issued by the convener of the Coalition, Mallam Yusuf Amoke, the group explained, “We have carefully listened to the position of the Vice President and we have critically analysed his positions on monitory policies. His position is limited seeing to the fact that he is not an economist but a lawyer, if the path of the Vice President were to be taken, soon the Naira will be nowhere to be found.

“In his presentation and opinion, he opined that the CBN should further devalue the Naira for an economic benefit we are yet to understand. The Naira has lost its value so much such that it does no longer have exchanged value compared to other currency in Africa, most especially the neighbouring countries that we were once better of.”

It noted that during the period of his leadership of the team, the dollar was devalued a number of times either deliberately or forcefully by elements of the market, saying that surprisingly, there has been no economic prosperity to commensurate the devaluation of the currency.

It said that it is obvious that there is no magic the CBN governor or any other person could do to improve the economy, pointing out that the economy is an importation economy, with less dollar within the system but high demand to import and go for medical and educational tourism.

It lamented that only oil brings dollars into the system and the subsidy regime and the importation of the refined product, adding that it further takes away the dollar that is supposed to support the economy.

The statement explained that the Vice President stressed that for the country to get dollar inflow there is a need to devalue the naira to as much as the market determines, but the coalition opined that it showed complete ignorance of the economy and its operations.

The statement said that the Vice President made it clear that unemployment, loss of jobs, and poor foreign investment inflow are a result of the exchange rate, stressing that it shows the Vice President’s lack of grasp and a good understanding of the economy.

It observed that both the CBN and other MDAs have acted on laws that guide their powers, rules, regulations, dos, and don’ts, saying that if the Vice President thinks certain things are wrong with the mode or interventions by the CBN, there should be a referral to the laws guiding the activities of the bank with respect to those MDAs.

It enjoined Mr. President to not contemplate bringing back the Economic Management Team (EMT) headed by the Vice President for any purpose, saying that he is a good lawyer but a bad economist.

The forum advised Buhari to encourage the position of the CBN governor not to devalue the naira, but instead create ways that will strengthen the currency.

It noted that Buhari should distance the VP from commenting and or interfering on anything that has to do with the economy of this country because he has over time proven to be a bad economist.