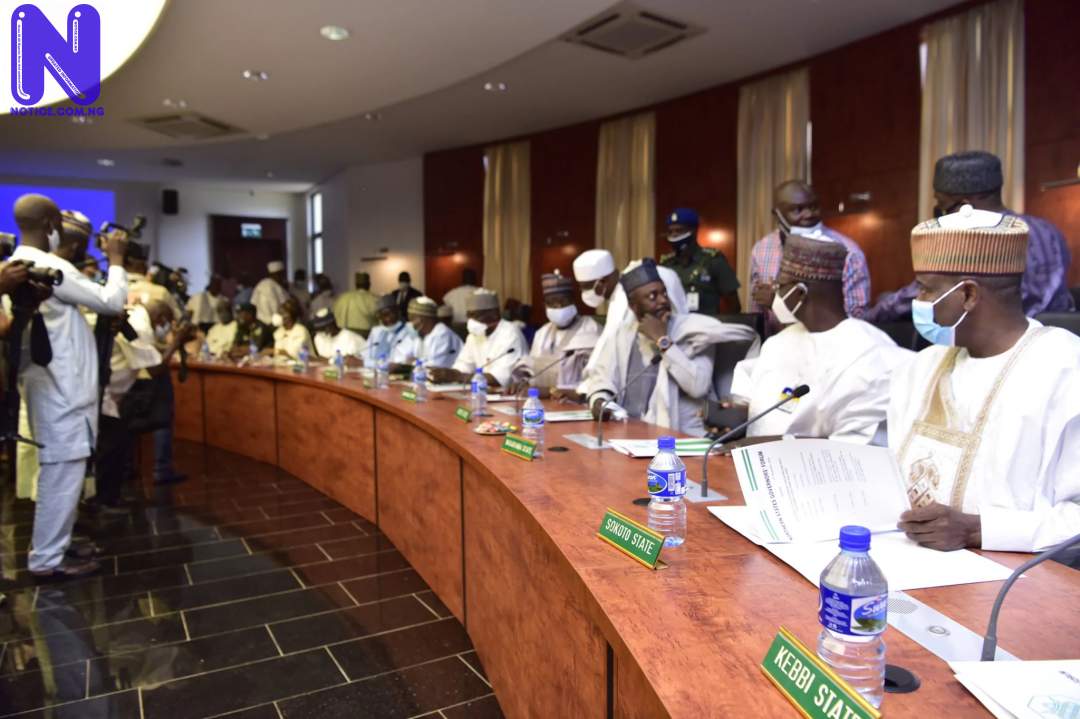 Governors of the 19 Northern States and their traditional rulers have commenced a two-day meeting in Kaduna State to address issues of insecurity ravaging the region.
NAN reports that the meeting which was opened on Thursday is also being attended by the President of the Senate, Ahmad Lawal, Chief of Staff to the President, Professor Ibrahim Gambari and the Information Minister, Lai Mohammed.
Others are the National Security Adviser, Maj.-Gen. Mohammed Monguno, the Inspector-General of Police, Mohammed Ibrahim and the Director-General, State Security Service, Yusuf Bichi.
The participants are expected to discuss current security challenges bedevilling the Northern region and as well as issues around youth unemployment.
Governors at the meeting include those of Plateau, Adamawa, Sokoto, Nasarawa, Jigawa and Katsina.
Niger, Zamfara, Yobe, Benue, Kogi, Kabbi were represented by their Deputy Governors of the states, among others.
At their last meeting on Nov. 2, 2020, the Northern Governors had set up two committees to push for statutory roles for traditional rulers and another on youth and civil societies.
The committee on roles of traditional rulers is chaired by the Emir of Lafia, Justice Sidi Bage, with two representatives from the National Assembly, one from each of the three zones, and a minister as members.
The Committee on Youth and Civil Societies has the

Emir of Zazzau, Amb. Ahmad Bamalli as Chairman, with one representative of elders, youth, women, persons with disability as members from each of the three zones.
The November meeting had also backed efforts to regulate the spread of fake news through social media.