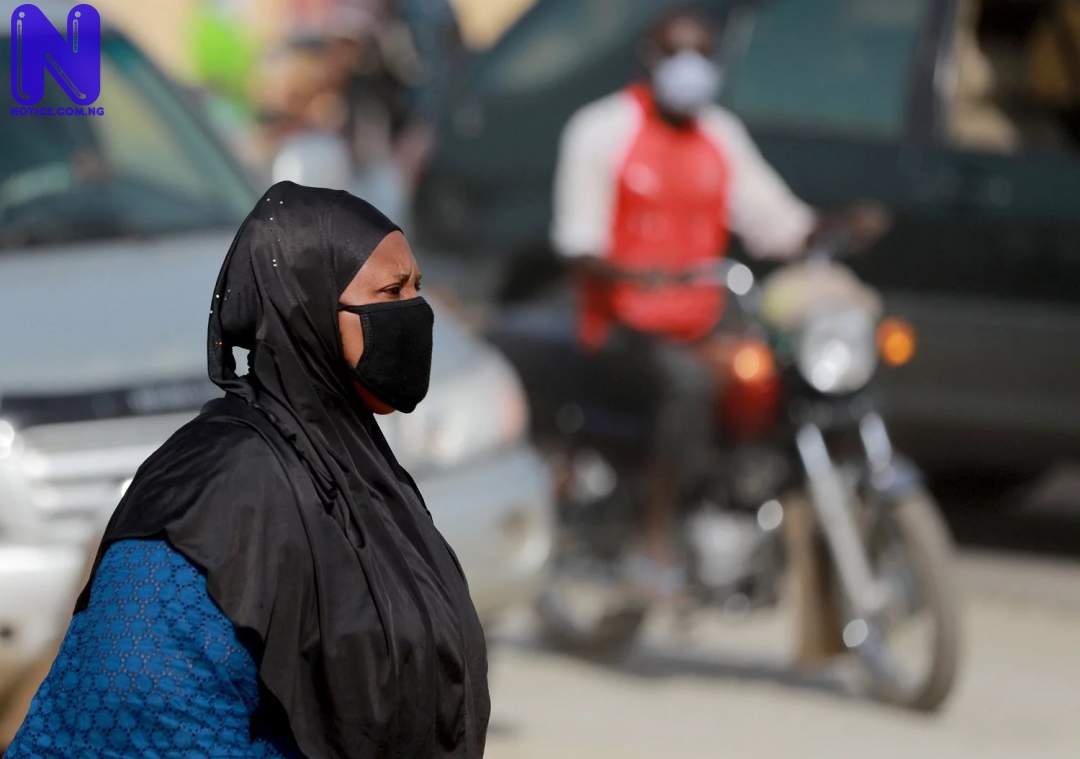 Most residents of Oyo State, South West Nigeria have abandoned the coronavirus pandemic protocol, Press findings have revealed.
Our correspondent who went round strategic areas and places during the week observed that a few number of residents are observing the protocol.
Some of the areas and places visited, included schools, hospitals and major markets in Ibadan, the State capital.
Press reports that one of the protocols laid down by the Presidential task force on COVID-19 is social distancing and the wearing of face mask.
Press investigations in some strategic areas such as markets, government facilities, schools, places of worship and event centres during the week confirmed that most people are not observing the protocol.
Some of the areas visited by our correspondent included the University of Ibadan, Polytechnic Ibadan, Sango, Iyaganku and Dugbe market.
Others are Agodi-government Secretariat, Agodi Gate, Bodija, Mokola, Eleyele, Police Headquarters, Iwo Road, Ologuneru, Akobo, Bashorun.
Our correspondent gathered that while majority are observing the protocols at places like UCH, University of Ibadan, majority of people in places like Agodi Gate, Bodija market and Mokola are not observing the protocols.
It was learnt that majority who are observing the protocols in banks, hospitals and schools, were being compelled to do so by the security agents in those places.
Press gathered that the shunning of the protocols is responsible for the increase in the figure released by the National Centre for Disease Control (NCDC).
It was learnt that Oyo State recorded 50 new cases of Coronavirus, which is the sixth highest figure.
Our correspondent gathered that Nigeria recorded 938 new cases of COVID-19 on Thursday.
NCDC said that Nigeria has 143,516 confirmed cases and 118,012 discharged.
The number of fatality was put at

1,710.
But, most of those who spoke with Press in Ibadan, said that the non-observance of the protocols is due to the non-enforcement of the law.
A resident of Ibadan, who identified himself as Taye said that the majority were observing the protocols in organized settings like University of Ibadan and UCH because of enforcement by the management of those institutions.
“You can see, when you go to UI, UCH and banks they will tell you to use face mask.
“There are security agencies in those places that will tell you to do so. There is enforcement, but in market, nothing like that.”
Another resident of Ibadan who spoke with Press on Friday, Mr. Olusola tasked the State government to ensure compliance to the Covid-19 protocols.
“The government through the police must ensure the enforcement. It has to start now.
“People are not observing the protocols. And the rate is increasing. The police also need to work to ensure compliance.”
A woman who sells food items at Agodi Gate, in spite of that, said that most of the people are not observing the protocol because they believed that Coronavirus affect mostly the rich.
“We are aware of Coronavirus pandemic. But we are not observing the protocols. Go to all the markets, you can hardly see the people observing the protocols.
“This is because, majority of us believed that it only affects the rich.
“Look at those who have died as a result of the Coronavirus complications, majority of them are rich men. That is why we don’t care. It is not that we don’t know that it is existing.”
A lecturer at the Lead City University, Ibadan, Dr. Bayo Busari noted that both the government and the people were to be blamed for the non-compliance with the coronavirus protocols.

Busari noted that government cannot be everywhere, hence there is a need for the people to be responsible to thier health needs.
He said, “One may be persuaded to put blame at the doorstep of government for the seemingly lackadaisical attitude towards the enforcement of the observance of the COVID-19 protocols.
“However, the people of the state have to share in the blame too because everyone is expected to be personally responsible for His or her misfortune.
“Government can’t be everywhere and it behooves all citizens to know that it is only the living and the healthy that can galvanize about. Government can partner community and sector leaders within the state on the observance of the protocol.
“Be that as it may, there’s the need to make a scapegoat of some individuals by the government to make people comply with government directives on the observance of the protocols.”

in spite of that, all efforts made by Press to get a reaction from, Mr. Taiwo Adisa, the Chief Press Secretary to the State Governor, Engineer Seyi Makinde proved abortive.
Calls put through to Mr. Adisa’s phone to explain what the State government is doing to ensure compliance were not answered.
Similarly, an SMS sent to Mr. Adisa by Press asking him to react has not been replied as of the time of filing this report on Friday.