No Nigerian persecuted over religion under Buhari – Christian group to US 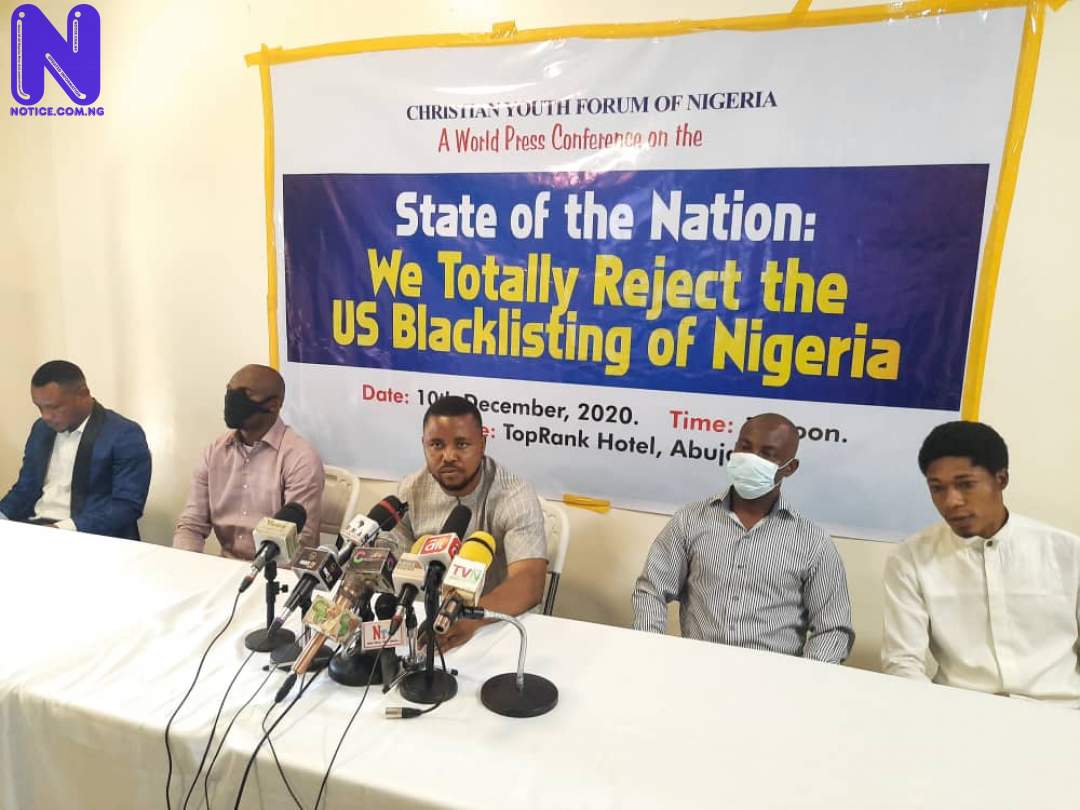 The Young Christian Forum of Nigeria, YCFN, has dismissed claims credited to the Ex-United States Secretary of State, Mike Pompeo, alleging that 1,500 Christians were killed in the last six months in Nigeria.

YCFN maintained that contrary to Pompeo’s claim, no Nigerian was persecuted for their religious belief.

The group’s Secretary-General, Roland Effah, accused Pompeo of attempting to cause religious disharmony in the country.

In a statement he signed, Effah insisted that the Ex-US Secretary of State was trying to pitch Christians against other groups in the country.

He said Pompeo displayed his bias against the administration of President Muhammadu Buhari by making such a remark.

According to the Christian forum, Pompeo is out on a slander campaign, given that there is no empirical evidence backing his position.

YCF also dismissed Pompeo’s claim that Buhari has not done enough in ensuring religious harmony in the country.

The statement reads: “In light of the recent report released by Mike Pompeo, a Ex-Secretary of State of the United States of America, wherein he mischievously alleged that Christians in Nigeria had been targeted for extinction, adding that the administration of President Muhammadu Buhari, is not doing enough to protect religious freedom.

“The Young Christian Forum of Nigeria views such allegations as a collective insult of the sensibilities of the various religious groups in Nigeria because the report is laced with mischief and a well-orchestrated attempt at puncturing religious harmony in Nigeria.

“Thus, our considered opinion that Mike Pompeo has, by his action, displayed his bias and irritability with the administration of President Muhammadu Buhari in its efforts so far at ensuring religious harmony in Nigeria.”

Noting that Pompeo exhibited ignorance on the happening in Nigeria, the forum said: “Our position remains that Mike Pompeo is out on a slander campaign, given that any empirical evidence cannot back his position.”

“We also frown at the deliberate attack on the Buhari led administration, where he alleged that the current administration had suppressed the news of the killings of Christians by masking it as a farmer-herder crisis. This is unfortunate.

“Pompeo is hell-bent on sowing the seed of discord amongst the various religious groups in the country for reasons best known to him and his paymasters for whatever it is worth.

“This is indeed a deliberate attempt at causing religious disharmony in Nigeria.”