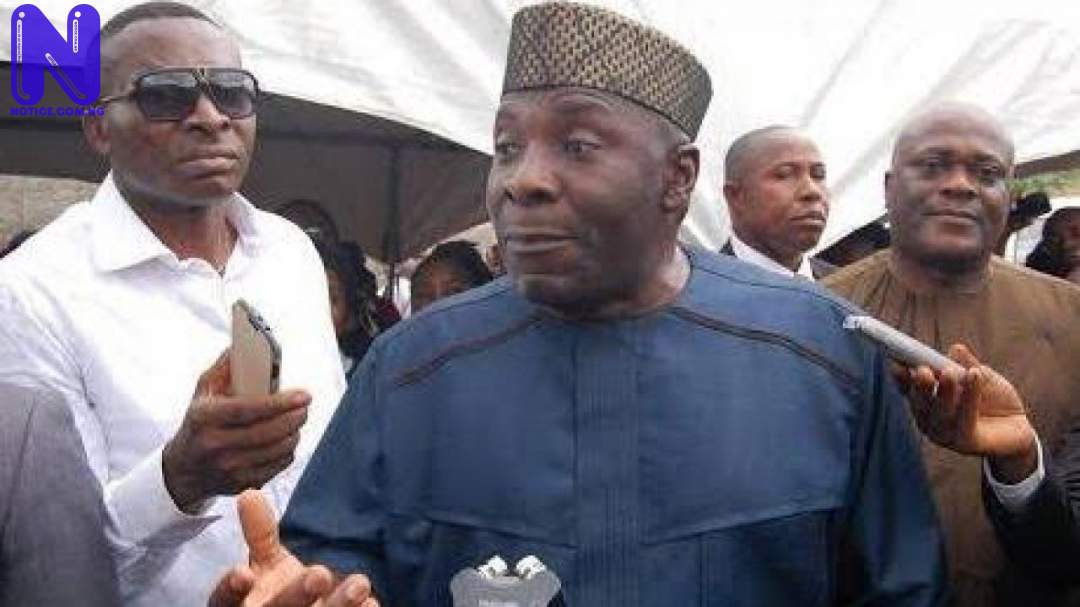 The Governorship candidate of the New Nigeria Peoples Party, NNPP, in Akwa Ibom State, Senator James John Akpanudoedehe has tackled the Peoples Democratic Party-led government in the State over what he described as high level of poverty and hunger occasioned by unemployment in the State.

Udoedehe, who spoke through the publicity Secretary of the party, Solomon Johnny, in a press briefing in Uyo, said the problem in the State was not lack of money but the inability of the PDP government to have the interest of the people at heart since over 22 years on the saddle.

He noted that NNPP was poised to unseat the ruling PDP in the State as it had the economic stimulus plan of curing the most dangerous and compelling needs of the State, which bothers on poverty, hunger and unemployment.

He added, “Akwa Ibom State receives in the average, N12b in allocation monthly. Akwa Ibom State has a population that is less than 6million citizens. Apart from the allocations, we have remittances that sometimes government does not want people to know about. If we need to implement this proposal, all we need to, as I have stated in four years, is a paltry N120b.

“If you look at the revenue of our State, you will see that that is a very small amount of money that government can set aside and deal with the most compelling issue affecting the citizens. Government is about or supposed to be about the happiness and welfare of the citizens.”

Udoedehe who noted that the people, especially those in the coastal areas, were suffering so much, recalled the case of a woman who narrated how her children who are graduates have come back to the village to pick periwinkles due to unemployment in the city.

On the fate and strength of other opposition parties in the forthcoming elections in the State, the Guber candidate said, “as we move towards 2023, we are asking Akwa Ibom people to be wary of those who seek to fraternize with them merely because the corrupt and insensitive system they helped to create has rejected them. The 2023 governorship election will be a referendum between government and opposition.

“Opposition is not somebody loosing a PDP ticket and moving to another party to contest. For you to be described as opposition and seen to be fit to replace the PDP, we must see how you have sympathised with the people when you were with the governing party. When Akwa Ibom State was a killing field, did that person condemn it? When hunger and unemployment have become a threat to our existence, did that person sympathise with the people by asking government to act responsibly?

“The people of Akwa Ibom State will have to choose whether to continue to keep the PDP that has failed to meet their expectations or vote in Sen John Udoedehe, Akwa Ibom State opposition leader now Governorship of NNPP to implement radical ideas with radical prospect for a new Akwa Ibom State.”

However, the State PDP publicity Secretary, Borono Bassey, when contacted, dismissed Udoedehe’s assertion as mere propaganda, explaining that Ibom Air which he (Udoedehe) flys, the coconut refinery, flour mill, metering factory, as well as other industries floated by the PDP State government were pointers that his poverty and unemployment attribution to the State have malicious intent.

Bassey stated, “It’s on record that the Vice president of this country has been in Akwa Ibom several times commissioning various projects and industries which have boosted the Foreign Direct Investment, as we speak all those industries are up and functional.

“Just few months ago, His Excellency, Gov. Udom Emmanuel approved that our people should go for training on aviation, he is developing human capital. No amount of propaganda and falsehood will make Akwa Ibom people deviate from choice of PDP.

“As a party since 1999, we’ve been able to serve our people well. We are having a social contract in the State, as the PDP government keep on providing social services to the people, the people in turn have continued to support the party and we see it as very humbling.

“He should have channeled his energy in attacking his Ex-paymaster who has made Nigeria to become a shadow of itself because we don’t have a place in the comity of nations. He as a person, has he even brought even a filling station that can employ two of our people?” Bassey queried.