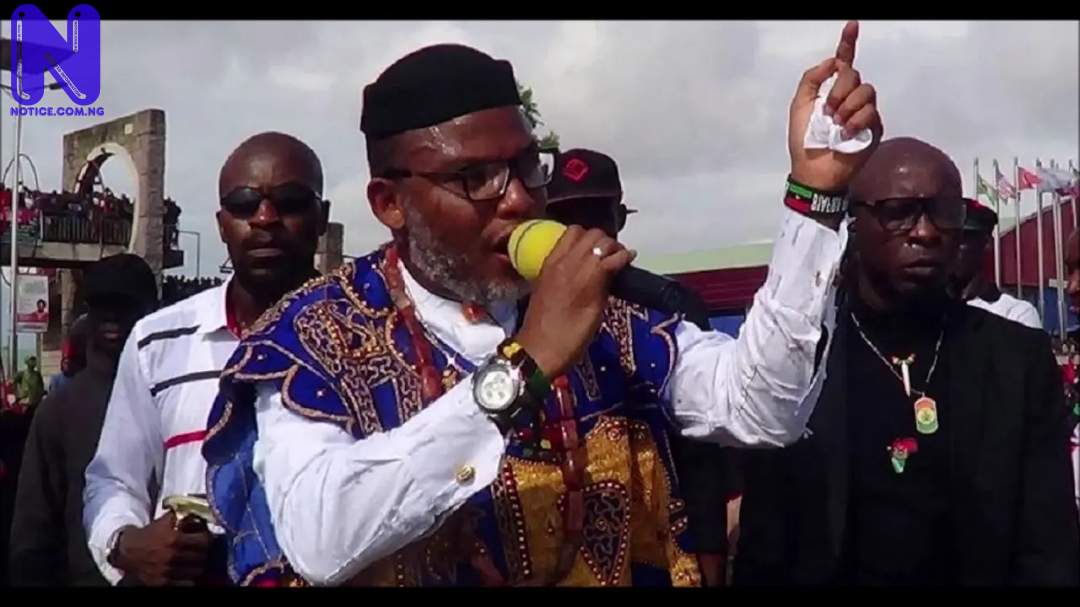 Nnamdi Kanu, leader of the Indigenous People of Biafra, IPOB, on Friday mocked the Nigerian Army for threatening Nigerian People protesting against police brutality.
Kanu said the same Army that can’t subdue Boko Haram terrorists in the Northeast was threatening to slaughter unarmed protesters.
In a tweet, the IPOB leader insisted that the solution to the current issue is the breakup of Nigeria.
“NEWS: ‘Nigeria Army threatens that it’s ready to deal decisively with #SARSMUSTEND protesters’ This is the Army that runs away from TERRORISTS. Now, it wants to show off by waxing to slaughter UNARMED protesters, just like it did in #PythonDance. Solution: #EndNigeriaNow!,” he tweeted.
Recall that the Nigerian Army had warned that it would protect Nigeria’s democracy of Nigeria would be defended at, “all cost.”
A statement by the Acting Director, Army Public Relations, Col Sagir Musa stressed that the Army was loyal to President Muhammadu Buhari and would “deal with any situation decisively” that affects Nigeria.
This is coming at a time when Nigerian People are protesting against the brutality meted out to them by operatives of the Special Anti-Robbery Squad, SARS, unit of the Nigeria Police Force.