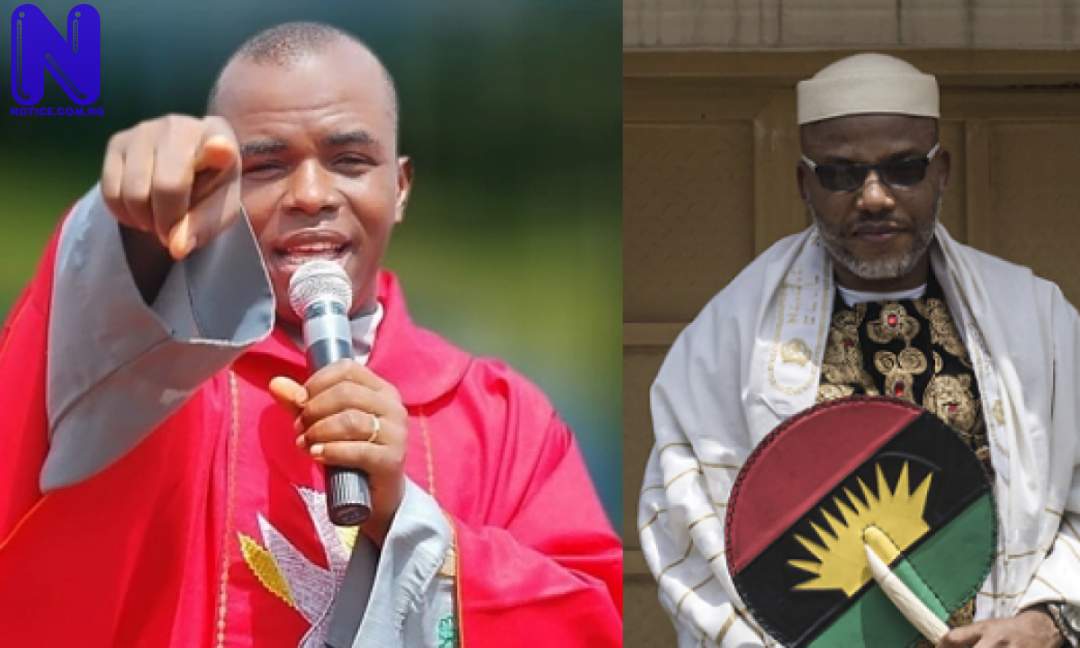 Mbaka who had last week prayed that God will bless the IPOB leader, Nnamdi Kanu for having the courage to fight for his people, said the government is worried because he is blessing Nnamdi Kanu.

The Cleric also admitted that he brought three contractors for the Buhari-led administration to tackle insecurity.

DO YOU KNOW >>> Ikpeazu orders extension of curfew to Umunneochi, Bende LGAs

According to him, anyone who tells the Buhari government the truth, will be branded a terrorist.

“Those attacking me are crocodiles but God is ready for them. If their worry is that I’m blessing Nnamdi Kanu, wherever he is God is still blessing him without me.

“Is he not my brother ? Spiritually he is my son so what is their problem? I will continue to speak the truth.

“The last person this administration should fight should be father Mbaka unless the anger of heaven will be upon them because I represent the downtrodden in this country,” he warned.

The Cleric further attacked politicians in the country, describing them as ‘ Coronavirus’ killing Nigerian People.

He stated that Nigerian People are dying from hunger more than insecurity at the moment.

“Our leaders are the Coronavirus in the country, money meant to build industries for youths to have employment, they are packing it for election,” he added.

Meanwhile, Nnamdi Kanu had told the Igbos to ignore claims by the presidency but should rather defend their brother, the Spiritual Director of the Adoration Ministry (AMEN), Ejike Mbaka.