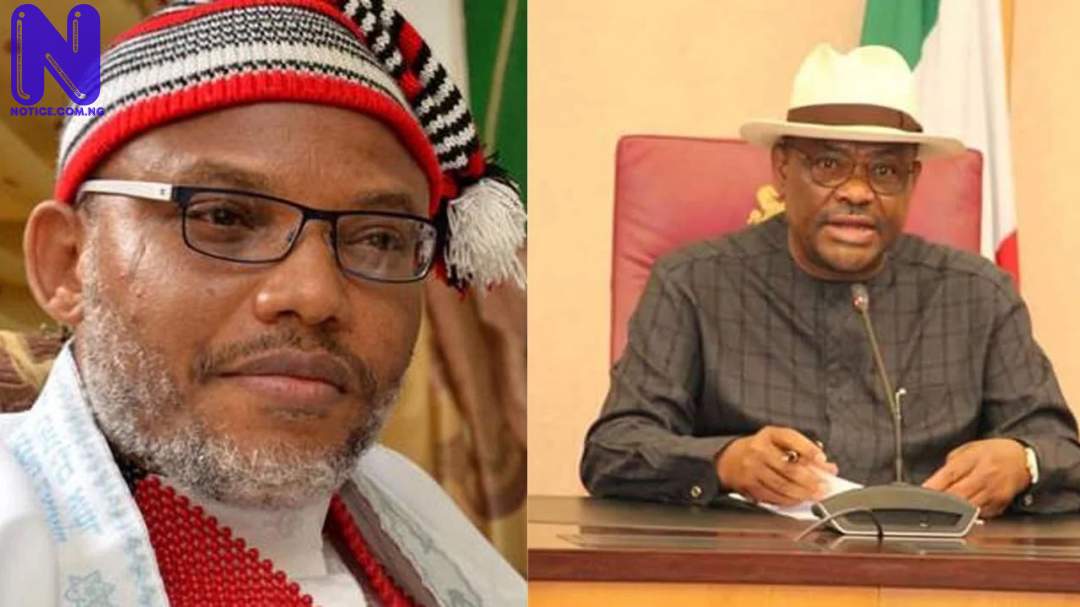 The Ohanaeze Ndigbo Youth Council, OYC, Worldwide, has declared that the political career of Rivers State Governor, Nyesom Wike, has been murdered by Nnamdi Kanu, leader of the Indigenous People of Biafra, IPOB.
The OYC believes that Wike, whom it described as an Igbo of Ikwerre stock, will be haunted by the killing of residents in Oyigbo Local Government Area by soldiers.
The group said the killing was a political eyesore that will surely be used to haunt Wike’s future political aspirations.
“Nnamdi Kanu is a messenger and a pawn in the hands of Northeast and Yoruba politicians, carefully drafted to destabilize South East and South South states, to upset upcoming presidential aspirants from the two political zones ahead of buildups of 2023,” OYC claimed in a statement signed by Mazi Okechukwu Isiguzoro, its President General, and made available to Press on Saturday.
According to OYC, Kanu saw the opportunity to use #EndSARS protests as adventurous political scheming to run down presidential hopefuls through causing controversies by inciting violence in many parts, such as Aba, Enugu, Nnewi, Onitsha, Owerri, Abakiliki and Obigbo.
The youth group believes that while other the Governors in the South East and South South managed the crisis and civil disobedience with maturity and wisdom, Governor Wike was caught up in the allegedly grand conspiracy designed by some politicians, using Kanu.
“Governor Wike should be bold enough to clarify most of the allegations levelled against him by IPOB leader, especially that he [Kanu] made him Governor, and he should quickly tender unreserved apology to his kinsmen [Igbos] over the mistakes of Obigbo in other to revert to his role as defacto opposition leader.
“If he relies on the deceptive rhetoric of a few circle of Igbo leaders that only values his pockets, definitely he will never escape the dent and consequences of the Obigbo massacres in the future as the Chief Security officer of Rivers State, as history might be unkind to him,” the OYC said.