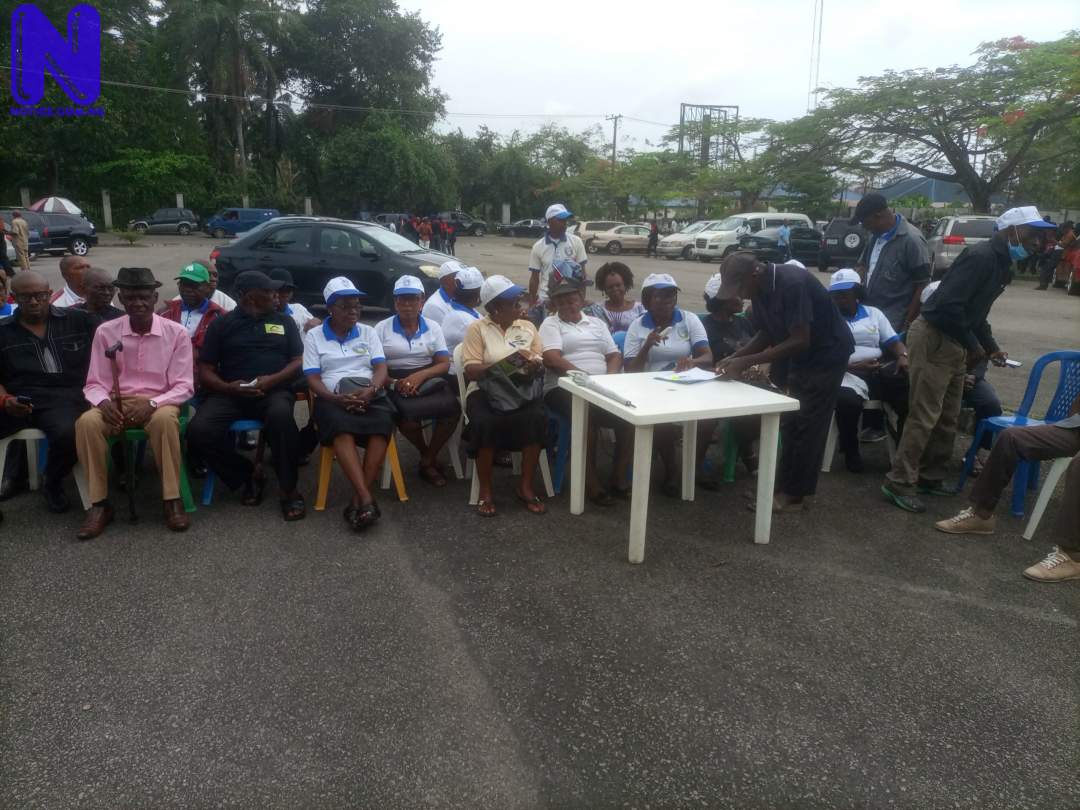 Nigeria Labour Congress (NLC) and Trade Union Congress (TUC) have defiled Police order and gathered at the Freedom Park along Mary Slessor Avenue in protest over the abduction of the Chairman of NLC, Comrade Ben Ukpekpi.

Press gathered that the unions alongside thousands of their members gathered at the park as early as 8am on Saturday.

Recall that Comrade Ukpekpi was kidnapped over a month ago and the abductors are demanding N150m as ransom, a development that forced the unions to cancel the workers’ day celebrations.

The police through its Police Public Relations Officer, DSP Irene Ugbo, had issued a statement on Friday, informing the public on the ban on gathering and peaceful protest.

At the time of filing this report, various organizations with their heads and members were holding the protest rally against police order with Fela’s songs blaring in the air.

However, police officers and men as well as members of other security operatives and vehicles were seen at strategic positions monitoring the rally

From time to time, security operatives would approach the union leaders and have a chart with them, though what they discussed was not made known to newsmen.