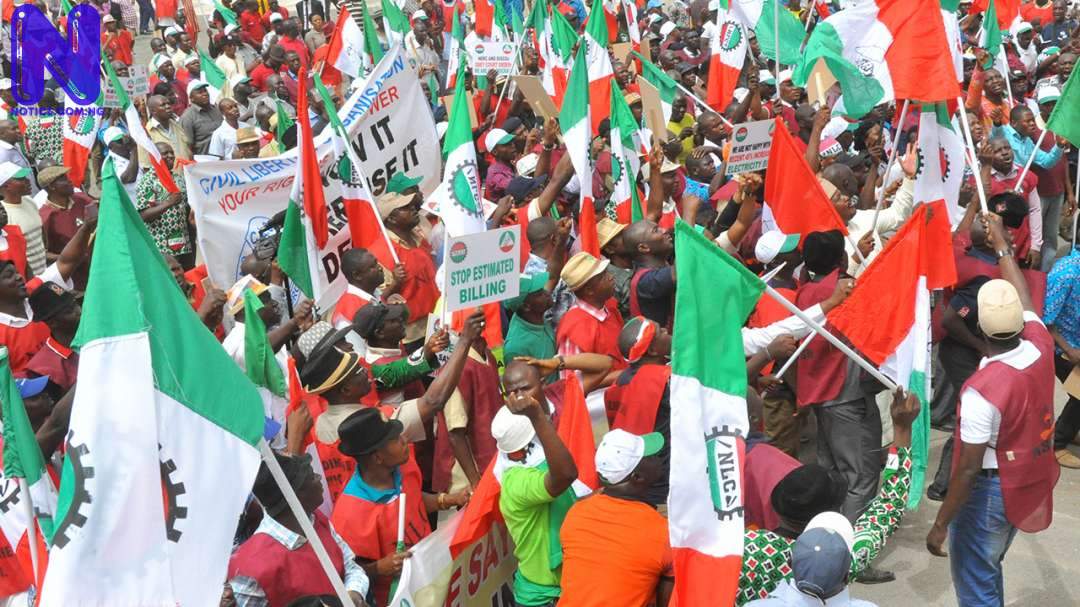 A legal practitioner and civil rights activist, Mr Frank Tietie, says it is not the responsibility of the organised labour to embark on strike over the increase in the pump price of petrol.

Tietie stated this while reacting to the indefinite strike action declared by the Nigeria Labour Congress (NLC) over the recent fuel price increase from N86.50 to N145 per litre by the Federal Government.

He told News Agency of Nigeria (NAN) on Thursday in Abuja that the issue of fuel price hike was not a labour matter and as such not a basis for strike by labour unions.

“First and foremost, for strikes to be resorted to there must be a declaration of a trade dispute.

“In this case, there is no trade dispute in whatsoever ground.

“Trade dispute is as a result of either a breach of collective bargaining agreement between an employer and an employee.

“In this case, even the employer and the employees that is, the government and the members of the various unions, are not having any dispute as we speak.

“Yes, the increase in PMS (Premium Motor Spirit) would directly affect members of the labour unions, but they are not the only ones being affected.

“The increase affects all Nigerian People, and as such it is those who have the responsibility of representing Nigerian People that should actually be engaged in addressing that problem.

“You cannot say that PMS is an issue of employment, absolutely not.

“When all of those persons who are direct employees of the government were employed, their terms and conditions of employment had got nothing to do with PMS.

“PMS is absolutely not one of the terms and conditions of employment in the public service.

“So, if the increase in PMS price is affecting every Nigerian, then let the body that represents the people in a democracy, that is the National Assembly, take up the issue.

“It is not the responsibility of labour to take up the issue by using means that are underhand, that fall below the standard of political engagement. No, it is not acceptable.’’

Tietie, who is the Executive Director of Citizens Advocacy for Social and Economic Rights (CASER), also said the NLC strike was illegal and a violation of a subsiding court order.

On Tuesday, the National Industrial Court in Abuja issued an interim order restraining labour from embarking on the strike action.

While the Trade Union Congress (TUC) pulled out of the strike on Tuesday night, the NLC went ahead with the action, citing government’s refusal to accede to its demands.

Tietie stated that strike by labour unions was illegal going by the country’s labour laws, and called for the prosecution of people involved.

“Strikes are generally illegal in Nigeria. The Trade Union Amendment Act of 2005 and the Trade Dispute Essential Services Act have completely outlawed strikes especially in the public sector.

“Nobody in employment that collects salary directly from the local, state or Federal Government in Nigeria can go on strike by virtue of the Trade Dispute Essential Services Act.

“Everybody that provides essential services cannot go on strike.

“When you see the list in the Essential Services Act, cover virtually all the forms of employment in the public sector.

“So, the issue of strike cannot even be contemplated in Nigeria.

“There is a valid court order on the NLC not to embark on strike; the NLC should not consider it, it must comply with the court order.

“The NLC must also change its approach from that of grounding the socio-economic activities to that of serious engagement for the purpose of improving governmental processes.’’

“We have a citizenry that has been so pulverised and impoverished by bad governance.

“So, we must do things that are calculated to improve the living standard of the people and to also promote peace and order in the society.’’ (NAN)