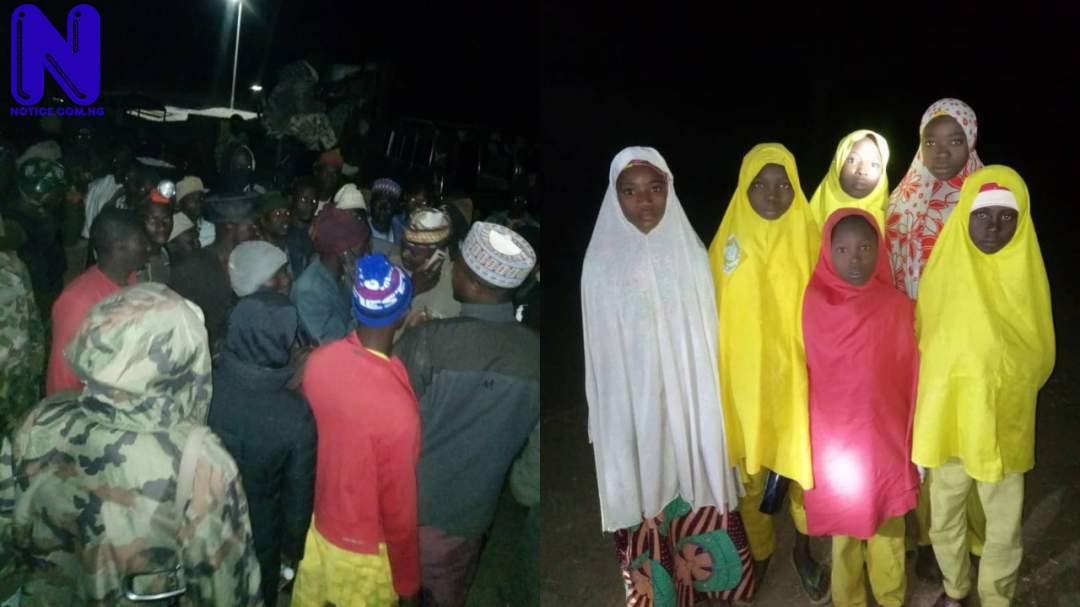 Troops of Operation Hadarin Daji, in collaboration with the police and vigilance group deployed in Dandume Local Government Area of Katsina State, on Sunday, foiled an attempt by suspected bandits to abduct 39 Islamiya girls.
Coordinator of Defence Media Operations Maj.-Gen. John Enenche, in a statement on Sunday, also said that the troops also recovered eight rustle cattle from the bandits.
Enenche said the victims have been reunited with their families while the recovered cattle are handed to the owners.
According to him, the incident happened on December 19.
The statement read: “Troops received a distress call about 11:30 pm on December 19 from locals at Mahuta village, that suspected bandits were moving with some Islamiya pupils, mostly girls, and rustled cattle.
“The children were returning from a Maulud programme at Unguwar Al-Kasim village.
“While patiently waiting for the bandits at their ambush and blocking position, troops established contact with bandits and engaged them.
“During the fierce battle, troops superior firepower forced bandits to abandon the children and the rustled cattle, thereby forcing the bandits to flee in disarray into the forest.
“Troops thereafter searched the general area and rescued the 39 kidnapped girls in addition to the recovery of 8 rustled cattle.”