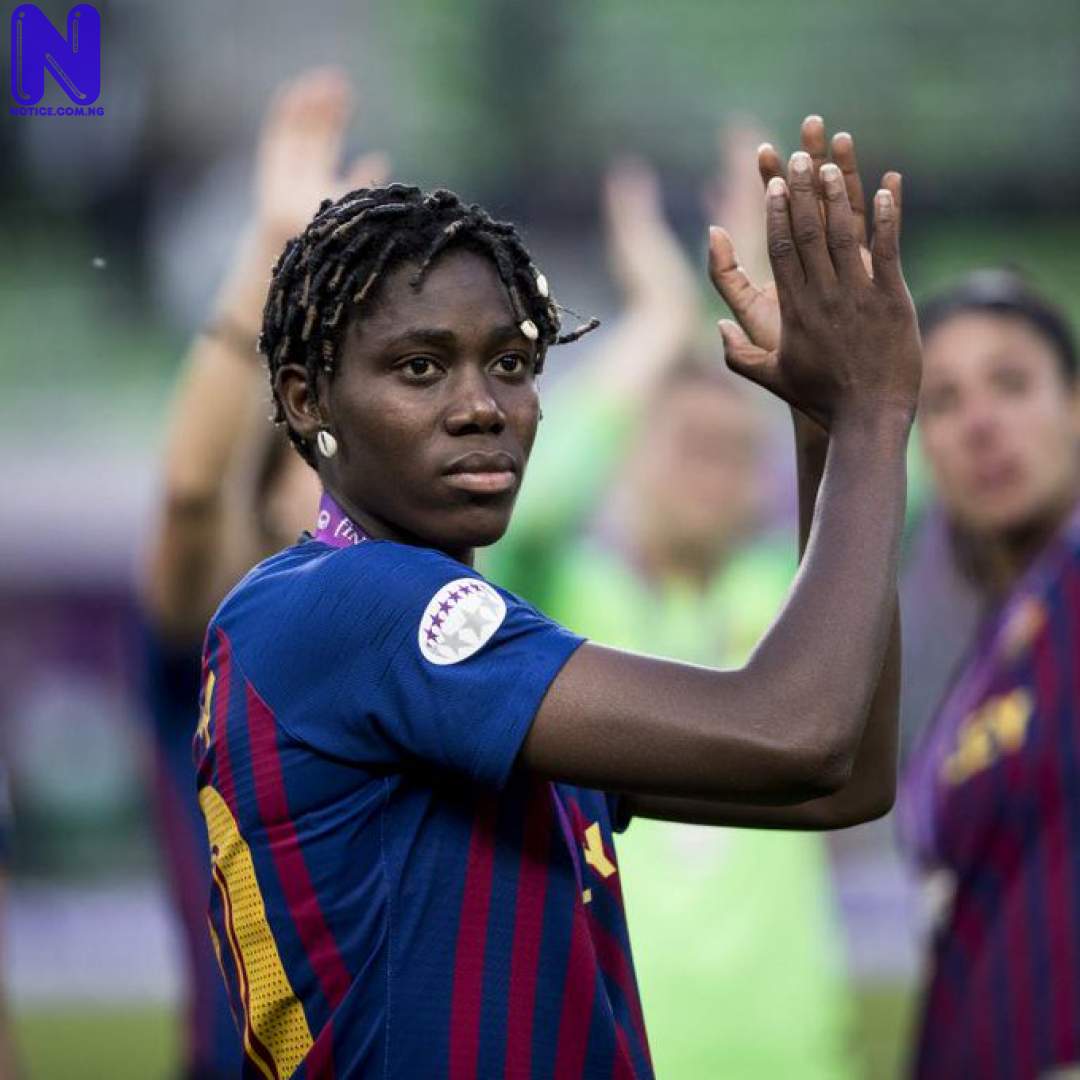 Super Falcons striker, Asisat Oshoala, is in hot water with Barcelona, over a tweet she sent out on Tuesday night.

Oshoala, who plays for the women’s side, wrote “what a damn performance”, after the men’s team drew 0-0 with Slavia Prague at the Camp Nou.

As stated by AS, she quickly deleted the tweet, due to “an action from the club towards her”.

Both sides clash in the next Match Day, with qualification for the Round of 16 up for grabs.