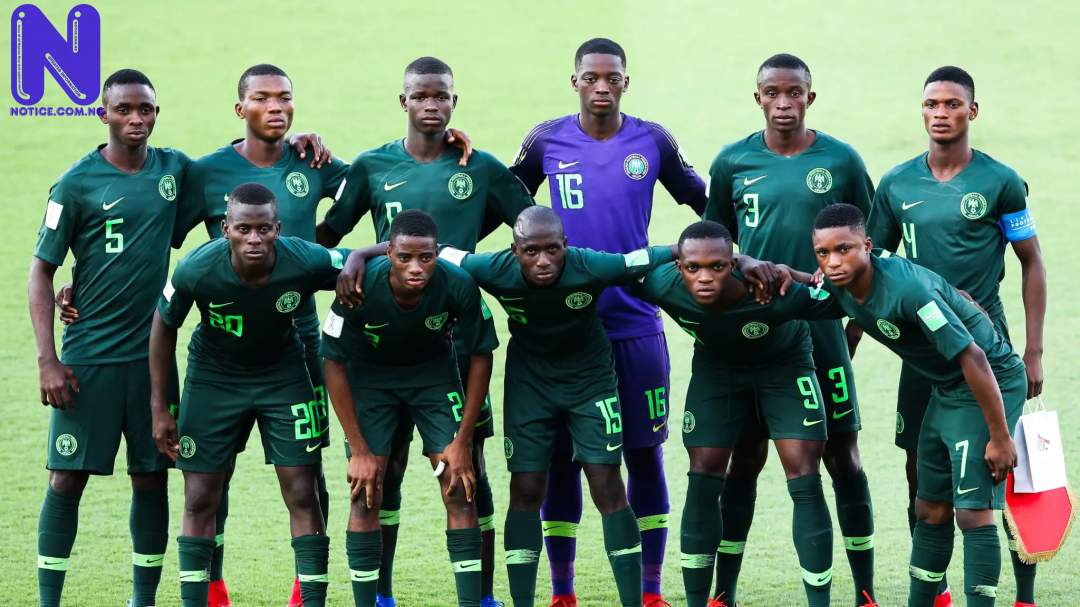 Nigeria have reacted to Golden Eaglets’ elimination from the ongoing FIFA U17 World Cup in Brazil, following a 3-1 defeat to the Netherlands in a Round of 16 game.

Press recalls that Sontje Hansen netted a hat-trick, to send Manu Garba’s boys out of the competition.

The Golden Eaglets conceded the first goal at the fourth minute of play, but equalized in the 12th minute through Olakunle Olusegun.

Three minutes later, Hansen restored the Oranje’s lead with his second goal of the night.

Nigeria failed to find another equalizer, before the Ajax youngster sealed victory for his team from the spot with 10 minutes left.

In reaction, some Nigerian People have expressed sadness over the outcome of the game, while a few numbers of citizens were either indifferent or positive in spite of the Golden Eaglets’ exit from the tournament.

Here are some reactions gathered by Press from Twitter:

@manicsis: “I think that deserved result is 2:2/3:3.Nigeria was clearly better, that was quite lucky win by the Dutch side.”

@wade_molony: “Unbelievable experience with a great group of players and staff. Thanks Brazil for the hosting.”

@Boluwatifepays: “Just Imagine this Manu Garba ‘s U17 defense… This is what you get when you pack monkey post players to world cup.”

@Ike_Grandeur: “When I saw the list of Nigeria players in this under 17 World Cup and the lineup for the Netherland match I laughed and wished them well. And now they have crashed out, that’s what you got when you relegated merit for favoritism.”

@deejayskillz: “The coach killed that team.. So many good players in that team, but he keeps using stupid formation and playing risk… #U17WC.”

@AfolabiSmith: “I regret wasting my time to watch them this boring game.”

@dat_teewhy: “Stayed up this late to watch your boys play nonsense and I have to be in the office by 9am. May God judge you this inexperienced piece of shit.”

@fybloom, “I no know who send me work. Stayed up all night to watch such horrific display of football by the golden eaglets of Nigeria against Holland. They beat us because their coach was miles better than ours, period! Shameless things: Una younger brothers beat Una anyhow. Shior!

@Okey2blac: “I strongly disagree, these guys can go ahead and have successful careers in football. Uzoho who was a ‘bench wormer’ at #U17WC is a mainstay in the @NGSuperEagles today while Iheanacho who shone like a million stars in same #U17WC is currently struggling to make the team.”

@mallamshehumik1: “Nigeria can’t win once putting on this Jersey on.”