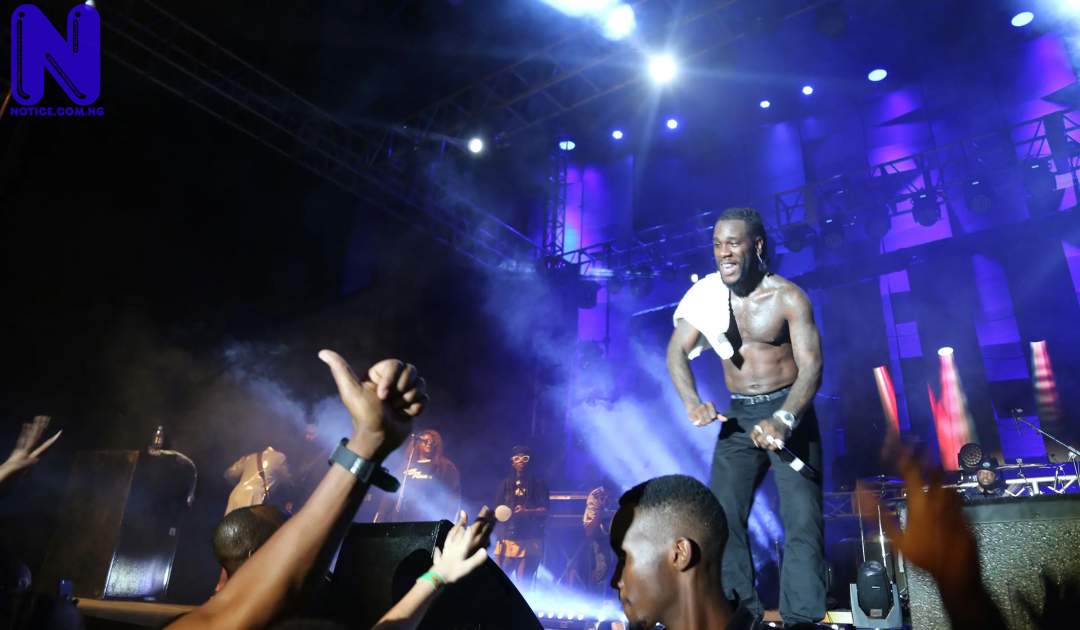 Nigerian sensational singer, Burna Boy, on Tuesday refunded the hundred dollar ticket price to a fan who he noticed wasn’t vibing to his performance during his concert.

News Agency of Nigeria (NAN) reports that the incident happened during the Atlanta stop of his ‘African Giant’ tour on Tuesday.

In the viral video, while Burna Boy was performing, he noticed a fan standing in front standing still and not swaying to the music.

He took a break from the energetic performance and called out the fan. Burna Boy went on to refund the hundred dollar ticket price to the fan.

He also asked a bouncer to escort the fan out of the venue saying, “Your face is not encouraging.”

The event, recorded in a now-viral video, has since generated mixed reactions from fans of the ‘Anybody’ singer.

While some applauded Burna Boy for correcting the negative vibe the fan put out, others chided the singer for humiliating a fan who came to enjoy the show.

@Lekipollo: ”And if Otedola or E-money did not dance at his show. He will give them their money back and call the security to take them out? Trash!”

@Chukwufunayam: “It’s okay to humiliate a human being because it’s Burna Boy? That’s poor showmanship but what do I know.”

@Zaddy_nomso: “Not necessary though, some people might not want to dance as they don’t know how to.

“But they paid and want to see him Perform. Not everyone will dance at your show, you just ignore and focus on the good energy from others.”

@Kolatoye: “This is funny really. I feel, as a performer, people pay to watch you perform. People don’t pay to come and encourage or give you any kind of energy.

“If you are lucky and blessed to have fans that light up your fire and fan your flame beautiful otherwise focus on your performance.”

@Dhlamini: “I’d be so embarrassed if I was the guy but at the same time, how can you not dance to Burna boy’s music?”

@Aluchinago: “So is must that everyone must like his song, was he the only artist performing there? It’s not right biko”

@Nakel4rill: “Yes! Have you not seen rappers jump into the crowd to punch crazy fans and tell security to kick them out?”

@Nigeriaplatech: “You can stay at the back though” front no for people wey get sense and wey dey positive”

@Tonie: “Sharap, I’m a fan. But he was wrong! He already apologized tho.”