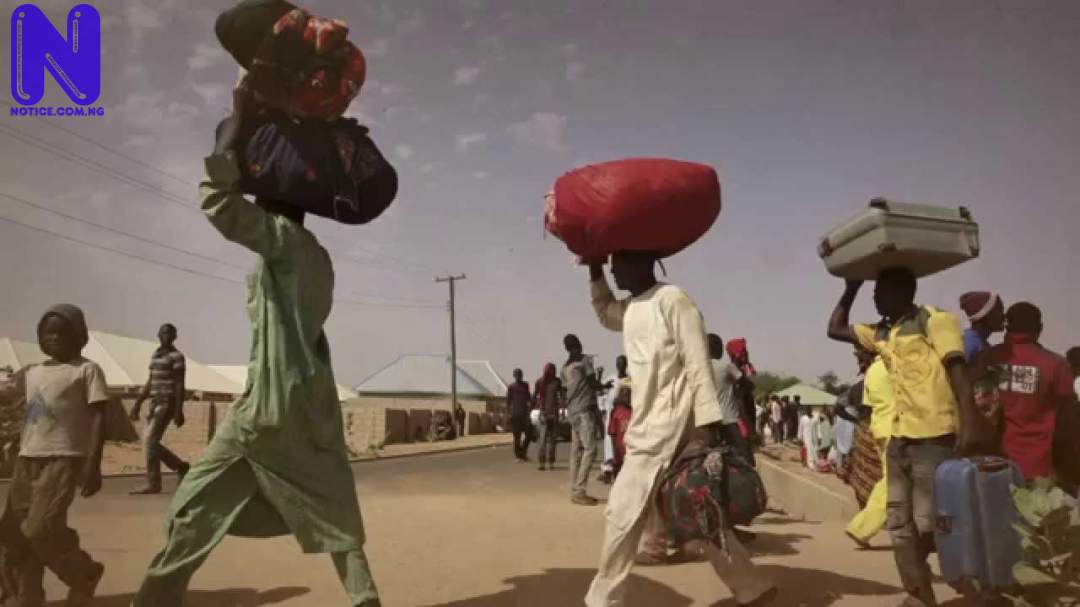 The security situation in the country has recently taken another turn following the activities of bloodthirsty bandits who are currently on rampage, killing unsuspecting citizens across the country, particularly across the North.

Press reports that despite efforts by the Federal Government and the law enforcement agencies, it has relatively become impossible to curtail the menace as bullets continue to consume scores of Nigerian People on a daily basis.

According to Global Peace Index, Nigeria is the 16th most dangerous country in the world. Nigeria was listed among countries that have been captured by terrorists including Afghanistan, Syria, Iraq, South Sudan and others.

Recall that the Borno State Governor, Babagana Zulum, on Tuesday said the whereabouts of about 10 percent of Borno residents are unknown due to activities of insurgents.

The governor who addressed journalist in Abuja after meeting with President Muhammadu Buhari revealed that over 100,000 people had been killed in insurgency ravaging the North-East in the last few years despite the relocation of army headquarters to the region in 2015.

Apart from the Boko Haram and other terrorist groups tearing the region apart, banditry remains another major force deteriorating the Nigerian security in both Northeast, West and North Central.

Several schools were closed in Kaudna State recently owing to incessant abduction of students by armed bandits who have consistently referred to their activities as business.

Press reports that Plateau State has relatively shut down following the recent massacre of some travelers who were murdered by gunmen yet unknown. Over forty persons were killed during the attack.

The unrest in Plateau grew worse on Wednesday following the report of the killing of about 36 residents of Yelwa Zangam community, Jos North Local Government Area of Plateau State.

Another officer, Major Datong was kidnapped while second Lieutenant Onah sustained gunshot wounds. As at the time of this report, the army major is still in captivity with his abductors as Nigerian military vowed to comb all forests to ensure that he is rescued alive.

The has triggered uproars from concerned Nigerian People who have argued that if the criminal elements can break into the Nigerian foremost military school, no part of the country is safe.

A legal practitioner in the Federal Capital Territory, FCT Abuja, Barr. Onyinye O. Mathew who spoke with Press on Wednesday, lamented how assailants no longer have respect for the fundamental human rights of citizens.

According to her, the right to live is no longer a guarantee in the country, stressing that Nigerian People now live by chance.

She said, “What bothers me the most is that we are now living like animals who have no law to guide them. The right to life is the most violated one in Nigeria currently.

“I weep for Nigeria. The level at which security is growing worse everyday, I’m scared. Countries like Afghanistan, Syria started like this.

“As it is currently, even the law enforcement agencies that are saddled with the responsibility of protecting lives and properties are also vulnerable. How those elements called bandits got access to NDA premises, still remains a mystery to me. What that means to us is that no one is safe.

“If nothing is done urgently to recover the country from the hands of these bandits, I’m afraid, Buhari may one day run from that Aso Rock like the Afghanistan President”.

A Ex-Minister of Aviation, Femi Fani-Kayode while reacting to the ugly trend, expressed fear that the criminal elements may plunge the country into chaos like Afghanistan, Iraq and others being controlled by terrorists.

In a post on his Official Facebook page, the human rights lawyer wrote, “As long as we shy away from taking this strong military option and shy away from entering those countries that the terrorists use as a spring board to attack our people and country we cannot win this war.

“The terrorists who set Afghanistan, Libya, Iraq, Syria Lebanon and other North African and Middle Eastern countries alight with war and fratricidal butchery have set their evil eye on Nigeria and are attempting to do the same here by provoking us into a civil war. They shall fail.

“It is time for us to hold our borders sacred and seal them up. It is time to take the battle to the gates and territory of our enemies”.

Similarly, a socio-political activist, Reno Omokri while reacting to the attacks on NDA, said those in charge of monitoring CCTV surveillance at the Nigerian Defence Academy may have questions to answer.

His assertion followed reports stating that those in charge of the CCTV were fast asleep when the incident occured.

But Reno, in a post on his verified Facebook page, expressed doubt over the report, stating that the attackers may have sympathizers amongst the staff.

He wrote, “Reports that officials of the Nigerian Defence Academy in charge of monitoring CCTV surveillance at the facility were sleeping when bandits attacked is hogwash.

“How will bandits attack at that exact time they were sleeping? That kind of coincidence is possible, but very, very, unlikely.

“It is more likely that the bandits have sympathisers amongst the staff of the NDA, in the same way that Boko Haram have infiltrated our military and government.

“I am still stunned at the audacity! Imagine what Buhari would have said had this happened under Jonathan”.

Senator Shehu Sani who represented Kaduna Central during the 8th Assembly, said no religion or ethnicity permits killing of innocent citizens. He called on relevant authorities to act fast and end the trend.

He wrote on his Facebook page, “Authorities must wake up and urgently bring an end to these atrocities.The perpetrators of this heinous act must be brought to book.

“Whatever is your religious faith or ethnic identity killing of innocent lives should be morally denounced rebuked and condemned”.

However, while reacting to the unfortunate attack on the NDA, Buhari in a statement issued by his Special Adviser on Media and Publicity, Femi Adesina vowed that the attack won't dampen the morale of troops.

”The attack launched on the facility of the Nigerian Defence Academy (NDA) on Tuesday, rather than throw a dampener into the morale of our Armed Forces as it is intended to, will boost their determination to make a decisive end of criminality in the country,” he said.