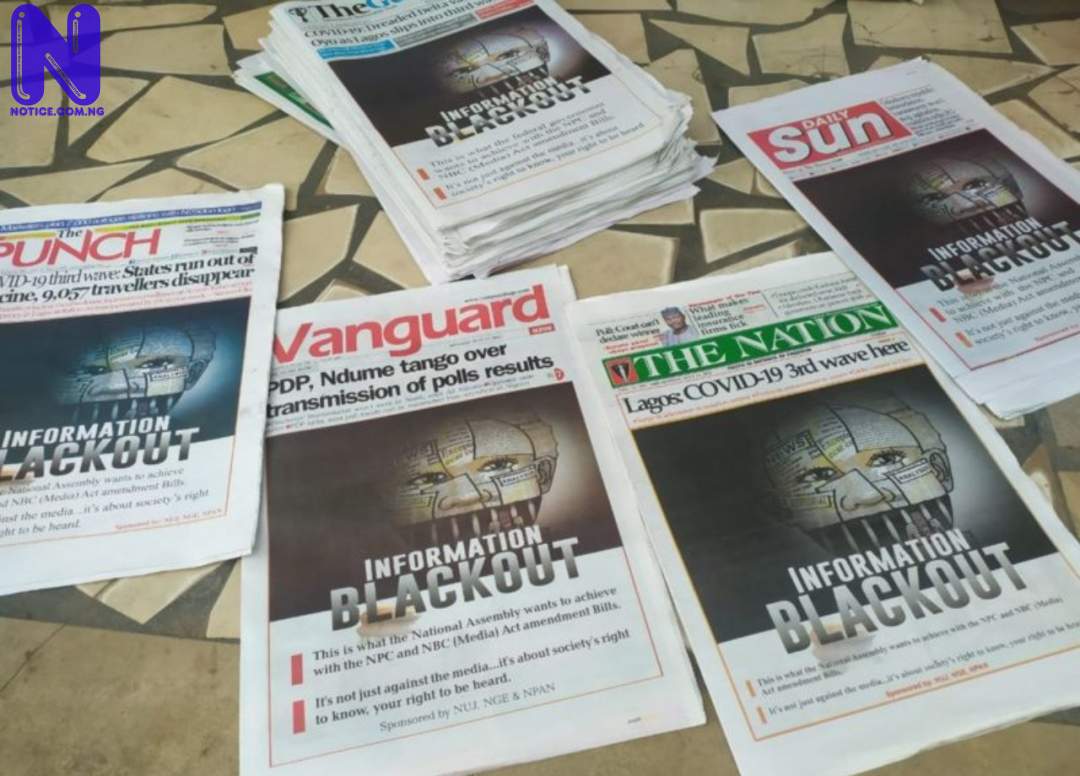 Nigerian newspapers on Monday published the same headlines in protest against media regulations bills being considered at the National Assembly.

The headlines titled; ‘Information Blackout’ appeared on the front pages of dailies such as Punch, Vanguard, The Nation, ThisDay, Guardian, Daily Sun, sponsored by the Nigeria Union of Journalists, the Nigerian Guild of Editors and the Newspaper Proprietors' Association of Nigeria.

The headlines posited that the NPC and NBC (Media) Act amendment bills being considered by the National Assembly were geared against press freedom and citizens’ right to information.

"It's not just against the media, It’s about society's right to know, your right to be heard,” the headline read.

The bills sponsored by Olusegun Odebunmi, Chairman of the House of Representatives Committee on Information, National Orientation, Ethics and Values are already at the public hearing stage.

Debate on the bill is coming when the Nigerian government is making moves to tighten regulation on social media after suspending Twitter.