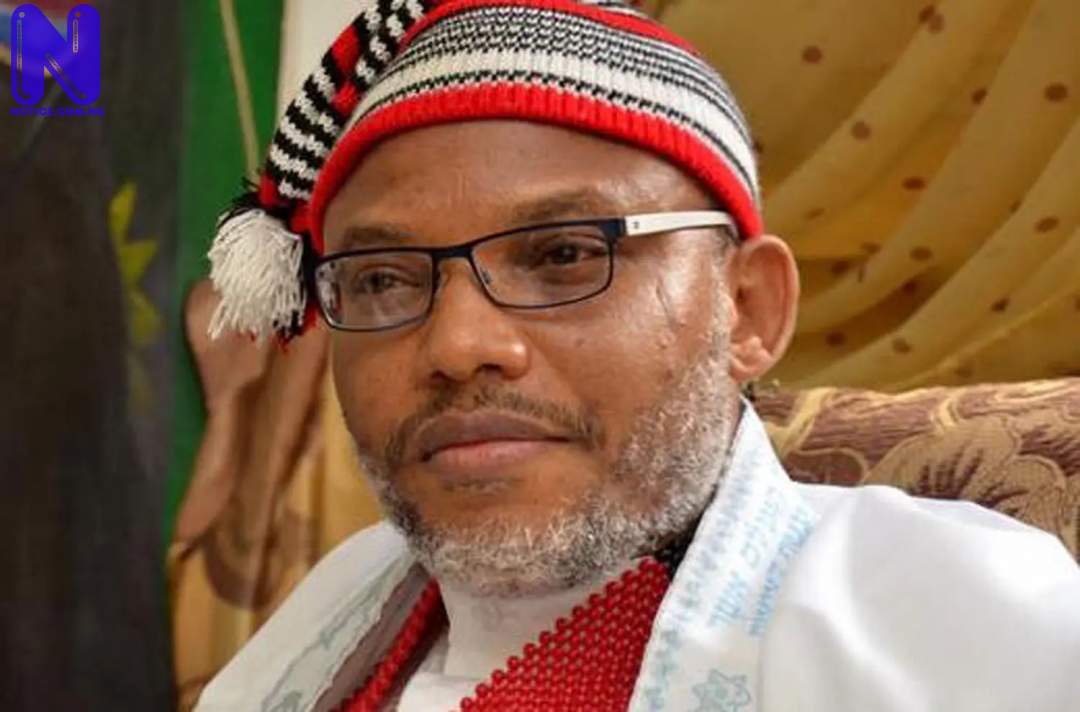 Nnamdi Kanu, the leader of the Indigenous People of Biafra, IPOB, on Friday accused the Nigerian military, Department of State Services, DSS and the police of launching a second Biafra war in the Southeast.
Kanu alleged that the Nigerian military used fighter jets, tanks and heavy war equipment while launching the attacks which started on Thursday in Orlu and Orsu Local Government Areas of Imo State.
He made the allegations through the IPOB spokesperson, Emma Powerful.
In a statement by Powerful, Kanu, in spite of that, claimed that people of the Southeast would defend their ancestral land.
His statement read: “Finally the Nigerian military has brought war to Biafra but we shall fight to defend our ancestral land.”
“We the Indigenous People of Biafra (IPOB) ably led by our great Leader, Mazi Nnamdi Kanu, wish to bring to the attention of the whole world that the Nigeria military has, at last, brought war to Biafra land. Supported by other security agencies including police and the Department of State Services, DSS, they came with military jets, tanks and heavy war equipment against us. Yes, the second Nigeria/Biafra war has begun! The WAR began on Thursday, February 18, 2021.
“The wicked Nigeria military has simultaneously launched both land and air attacks on us. After the genocidal war of 1967-1970 in which they killed over 5 million innocent Biafrans, they have come again to bomb the Biafrans under the pretext that they are hunting the gallant personnel of Eastern Security Network ESN guarding our forests against killer herdsmen and terrorists on rampage in our land.
“Days before the raid, they first abducted a synagogue priest, Mazi Egole and his household, branding them IPOB members. Then on February 16, they abducted Mrs NGOZI UMEADI who they learnt took care of those injured during the End SARS protest. Not done yet, they took Dr. Stephen Irochi of Multicare Hospital and some injured End SARS protesters from Obigbo receiving treatment at the hospital.
“Orlu and its environs are now a theatre of war declared by the wicked Nigeria Government against innocent Biafrans. Scores of innocent civilians have already fallen casualty! Orlu and its neighbouring Orsu LGAs have been under heavy bombardment by the Nigeria Airforce since yesterday, February 18, 2021.
“Regrettably, this genocidal war against Biafrans has the endorsement of the Supreme Court Administrator of Imo State, Hope Uzodima, who the Fulani Janjaweed Government is using in its futile desperation to actualise its Fulanisation agenda. But he, his likes and their slave masters will pay heavily for this!
“Nobody should erroneously think he is exempted from the wicked plots of our enemies. Even our treacherous political elite should know that the Fulani will not spare them after using them against their own people. Our people in the Nigerian military and other security agencies should also know that the Fulani will reward them with death after using them to fight their kith and kin. We must stand united and fight for our children! Now is the time!
“We have no choice but to defend our ancestral land. We have complained enough, written petitions but the world turned blind eyes. The media refused to give us an audience. Nobody seems interested in our story but like the Jews, we must look unto our God and courageously fight back like heroes. In the end, Biafra will come.”