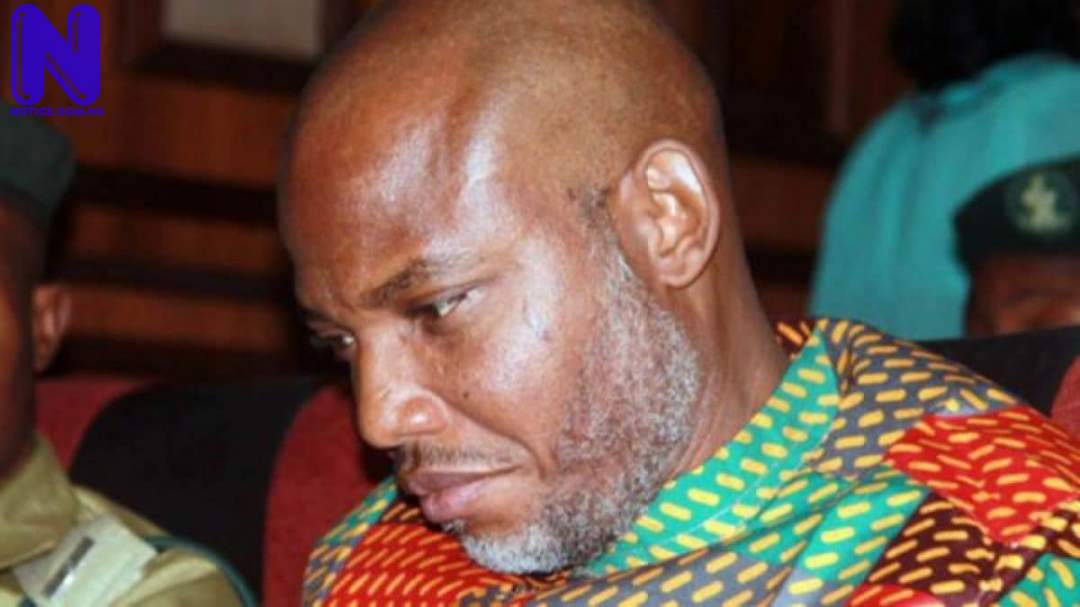 The federal government on Monday failed to produce the self-acclaimed Biafran leader, Nnamdi Kanu in court contrary to an order of the Federal High Court.

A new counsel to the federal government, Mohammed Abubakar had stunned the court when he announced that Kanu had not been brought before the court

He mere announced that Kanu could not be produced in court due to logistics reasons.

His explanation sparked off hot arguments from the counsel to Kanu, Mr Ifeanyi Ejiofor who accused the Department of the State Security Service of frustrating efforts by lawyers and family members to access the detained Biafra secessionist leader.

Ejiofor made frantic efforts to move an application for the transfer of his client to poison as a better option to DSS custody.

The efforts were, in spite of that, unsuccessful as the trial Judge, Justice Binta Nyako stood her ground not to proceed until Kanu is physically present in court as required by the law.

Beyond Kanu’s absence in court, Justice Nyako drew the attention of the Federal government lawyer and that of Kanu to the fact that the yearly vacation of the court had commenced.

The Judge told the parties that the fiat of the Chief Judge of the federal high court, Justice John Tsoho is required for the trial to go ahead during vacation.

Justice Nyako also stated that it was the duty of the prosecution to apply for the fiat if they want the trial during vacation and not the duty of her court.

Although the Judge expressed reservation on the failure to bring Kanu to court, the matter was eventually fixed for October 21.

She gave a caveat that the court will reconvene in an earlier date if the Chief Judge grants fiat for trial to proceed.