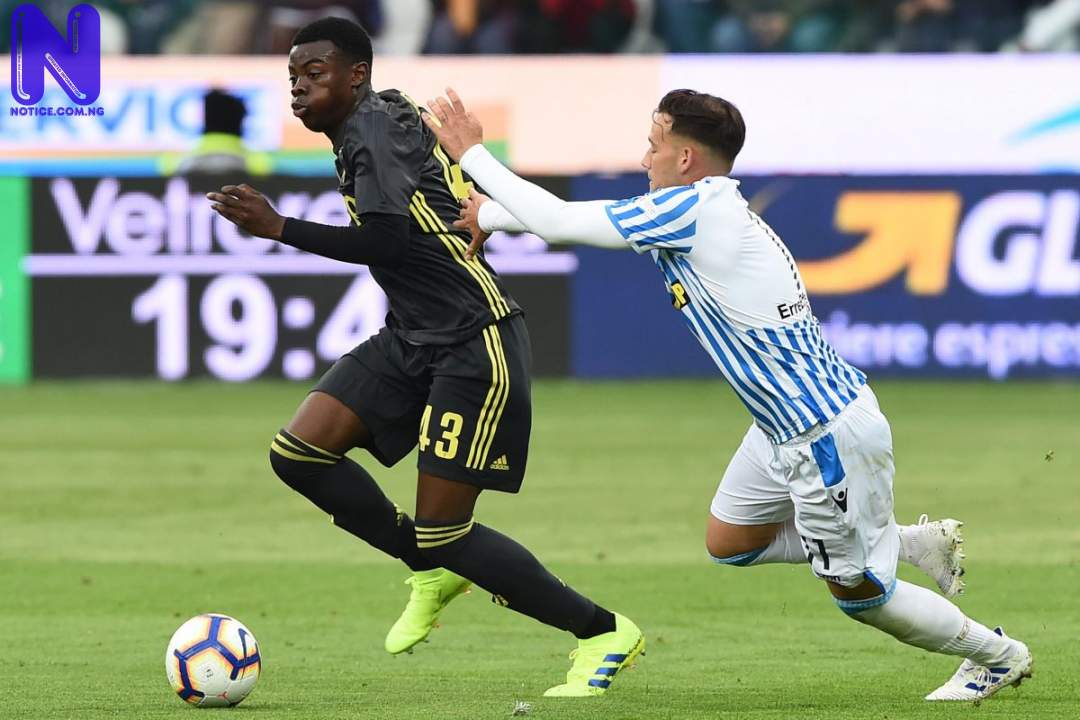 Gozzi scored his first ever goal in the UEFA Youth League as Juventus suffered a 2-1 loss to Lokomotiv Moscow at the Juventus Training Center (Vinovo) on Tuesday afternoon.

He now joins an illustrious group of Nigeria-eligible players to have scored in the Youth League.

Others to have scored in the league include Umar Sadiq, Alex Iwobi, Chuba Akpom, Faustino Anjorin, Godswill Ekpolo, Marvin Akinlabi and Bobby Adekanye.

The Russian side scored through Petrov in the 29th minute and Petukhov converted a spot kick to double the advantage in the 77th minute.

Gozzi scored to cut Lokomotiv Moscow’s lead to 2-1 with seven minutes left on the clock.

The 18-year-old has now played ten games in total in the UEFA Youth League since making his debut against Valencia in September 2018.

He has also made his professional debut for Juventus’s first team, against SPAL in April 2019.