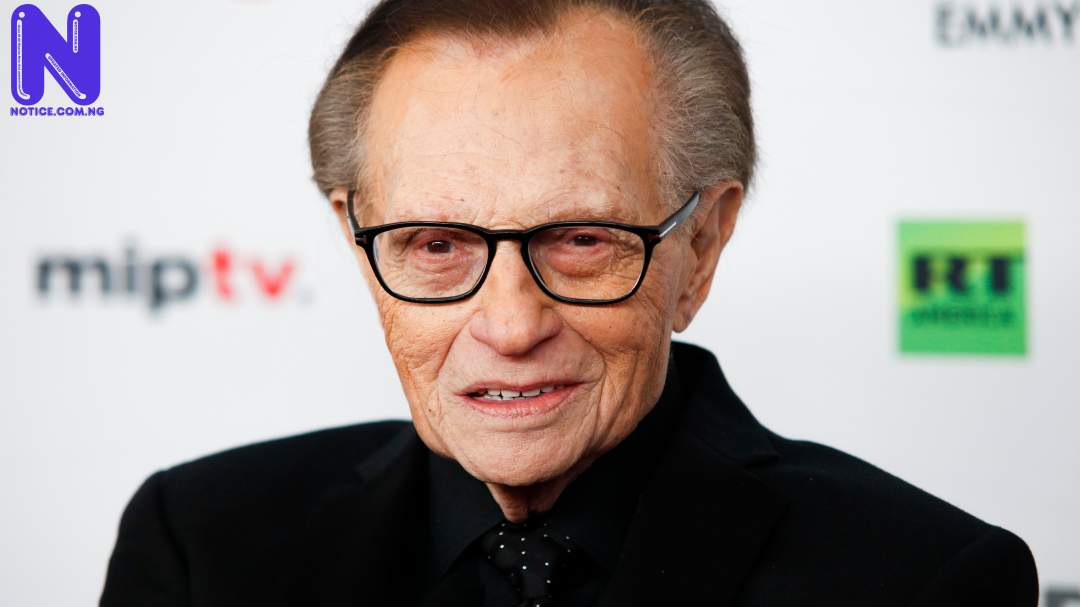 Some Nigerian celebrities are mourning late American broadcaster, Larry King who died on Saturday morning, January 23, aged 87.
The celebrities took to their Instagram handles to pay tribute and mourn the ace broadcaster who had contributed immensely to American Journalism.
Veteran Nollywood Actress, Joke Silva wrote on her page with the broadcaster’s picture “Rest well Larry King. You were the king of interviews. Always polite, always listening.”
Renowned Comedian, Gbenga Adeyinka said, “Legends don’t die, they transit to glory. Rest in peace Larry King.”
Also Ace Comedian, Atunyota Akpobome, popularly known as “Alibaba” mourned the late broadcaster, saying “Rest on” with King’s picture displayed.
King was reported to have battled health problems over the years, like prostate cancer and type-two diabetes.
Recall that he contracted the coronavirus earlier in January.
King began as a local Florida journalist and radio interviewer in the 1950s and 1960s and gained prominence beginning in 1978 as host of The Larry King Show, an all-night nationwide call-in radio programme heard on the Mutual Broadcasting System from 1985 to 2010.
He hosted the nightly interview television programme Larry King Live on CNN.
His works were recognised with awards including two peabodys, an Emmy award and ten cable Ace awards.