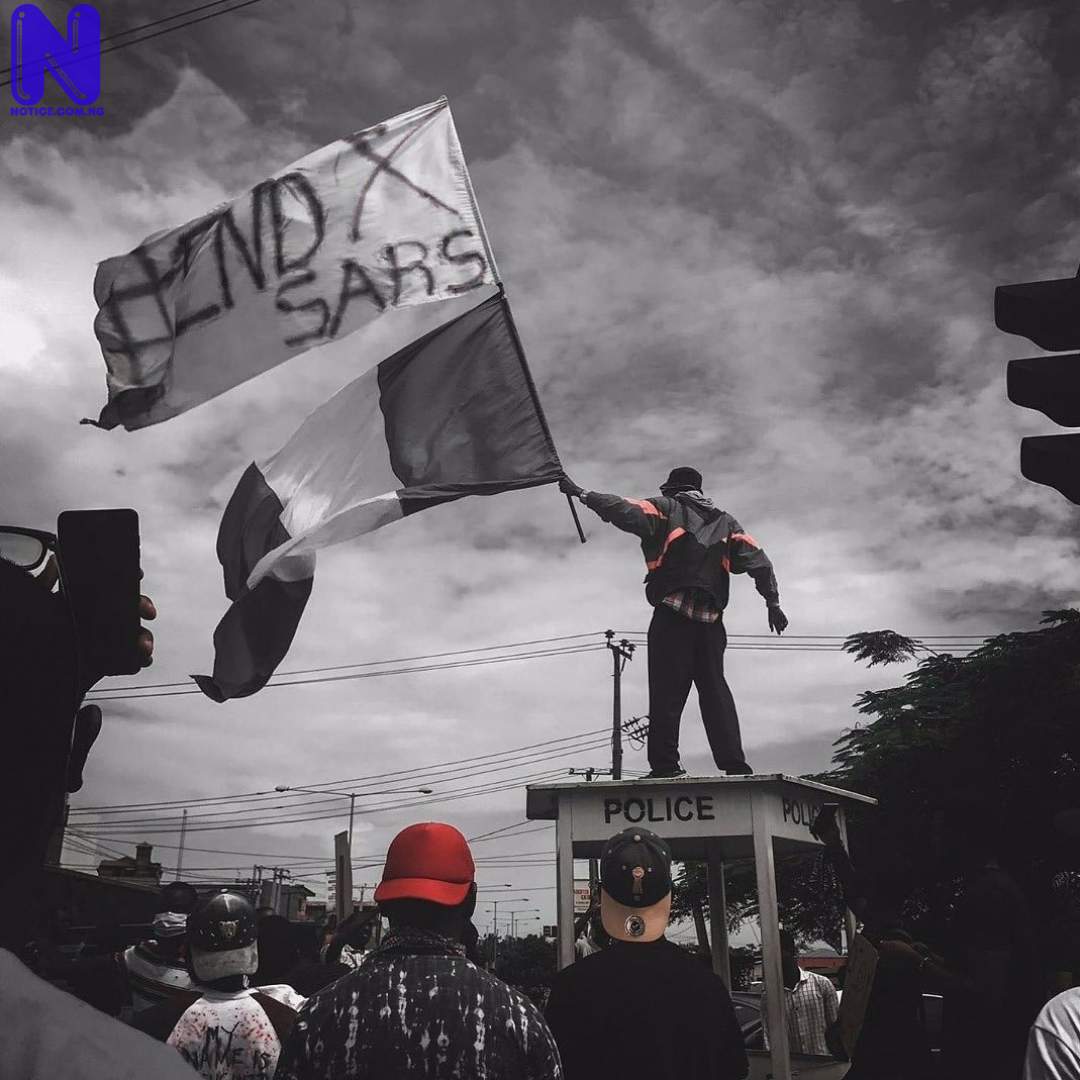 The ongoing End SARS protests are upshot of engagements on social media platform, Twitter.
But there are fears that Nigerian authorities have deployed some sort of technology to suppress the End SARS hashtag.
In 48 hours, #EndSARS tweets hit 30 million, unprecedented in Nigeria.
The tag trended worldwide, attracting several popular figures who joined the campaign in solidarity.
The genesis of the renewed struggle against the notorious Special Anti-Robbery Squad (SARS) was the incident in Delta State.
On October 3, an unarmed citizen identified as Joshua Ambrose, was seriously wounded and left at the scene by a SARS team.
The incident occurred within the precinct of Wetland Hotel in Ughelli.
Operatives fled with his vehicle (a white Lexus SUV but were chased and filmed by good Samaritans.
The Police tracked and arrested Nicholas Makolomi for recording the rogue officers.
As the footage went viral, citizens posted previously published and new videos of SARS excesses.
Youths, mostly in the Southern parts of Nigeria where the squad flexes its muscles, declared they’ve had enough.
The #EndSARS campaign resurged and by October 5, they were ready to go all out.
But music artiste, Azeez Fashola aka Naira Marley, backed out from the October 6 protest he announced to the chagrin of prospective demonstrators.
The next day, Douglas Jack Agu better known as Runtown, announced a new date for protests.
He was joined by Folarin Falana aka Falz, a lawyer-cum-singer, and on October 8, the musicians hit the streets of Lagos, Nigeria’s biggest city.
Debo Adedayo (Mc Macaroni) and Rinu Oduala (Savvyrinu) brought in their popularity to garner more crowd.
Macaroni and Oduala co-led protesters to the House of Assembly and Lagos State Governor’s Office where they passed two nights.
The efforts of the quartet amplified the protests which had been ongoing in different states.
But since Sunday, #EndSARS has been off Twitter trend list despite tens of thousands tweets.
Campaigners’ switch to #EndSarsNow and #SARSMUSTEND has made no difference.
Now, they insist that the government has done some hacking.
Dipo Awojide, who led the London protests, has vowed to call the attention of the international community.
“We will march to the UK parliament and the Prime Ministers house if the Nigerian government shuts down internet in the country.
“The whole world will hear exactly what they are trying to hide. #SARSMUSTEND #EndSARS”, he tweeted.
Many other Nigerian People share the view and are deriding the government for “attempting to silence” voices of young men and women.
Sporadic shootings by the police have killed at least four persons, including a teenager.
Live rounds are being fired to disperse gatherings at a number of locations.
Scores have been wounded; dozens in critical conditions and receiving treatment in their homes or hospitals.
In Abuja, a female protester’s leg dislocated after policemen assaulted her.
Another beaten by officers narrated how officers seized her possessions and tried to strip her naked.
“They took my phone, smashed everything in my bag to see if I had another phone. They were trying to tear my clothes off my body”, the victim said.
VIDEO FOOTAGE OF @PoliceNG THROWING TEAR GAS, HOT WATER, BULLETS 100% WENT OFF, RAMMING CARS AND NEARLY RUNNING OVER 2 INNOCENT CITIZENS #EndPoliceBrutalityinNigeria #EndSARS #EndSarsNow ???? pic.twitter.com/KIrronCt88
— Ayüü (@Ayuu_Safi) October 11, 2020
Report from Maitama General hospital, Abuja.
My friend @bunadakare was extorted by d police this morning, took 20K from her at atm point in life camp, Abuja. Took her in & pushed her from their moving vehicle
The other victim in d car fainted due to d police tear gas. #endsars pic.twitter.com/TcQG0ipVVI
— Kome (@Uncle2Triplets) October 11, 2020
This is my friend @Kingmimz_ she was attacked in Abuja just now! #Endsars @wizkidayo @davido @burnaboy @Omojuwa pic.twitter.com/p8dBWZH4qz
— YANA (@Lifeoffeezyana) October 11, 2020