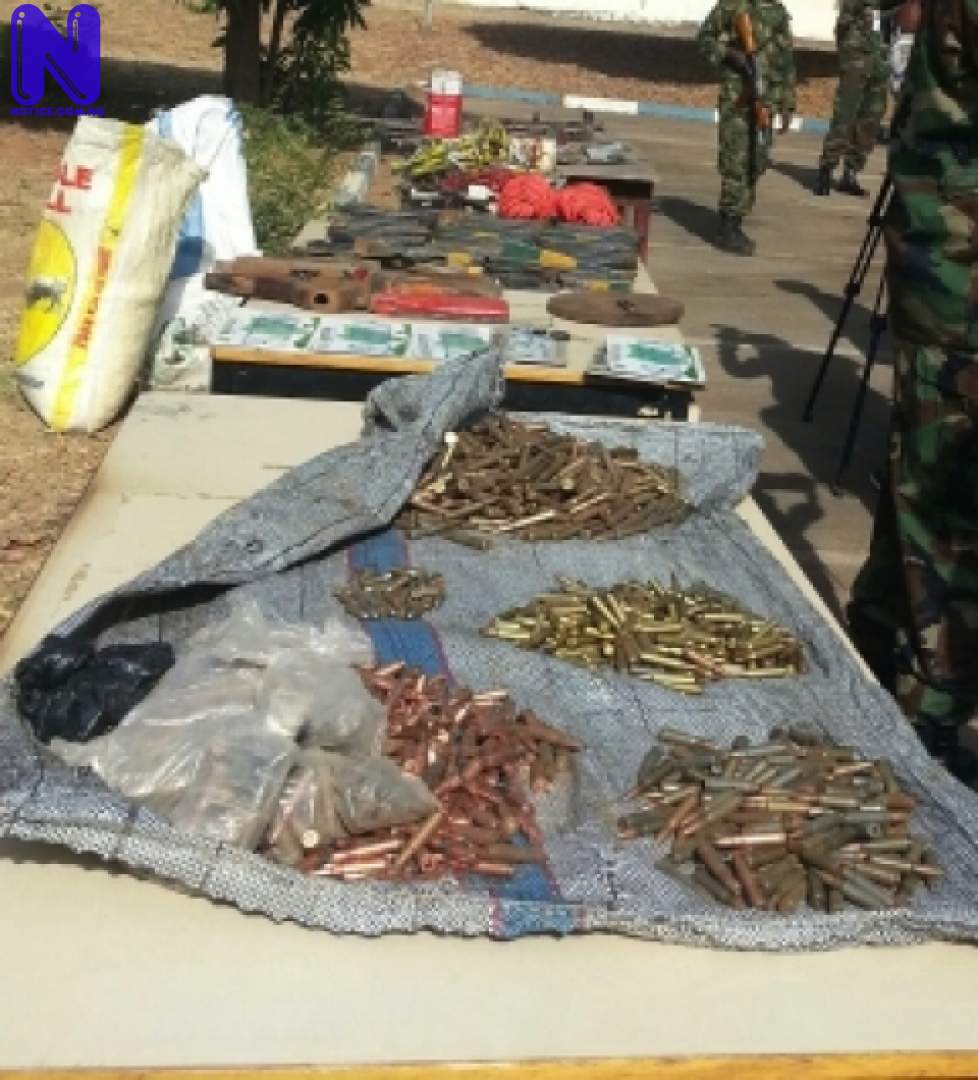 Six AK 47 assault rifles, some ammunitions and bomb making devices were found following an operation by the Nigerian troops in the home of a serving politician, Hussain Dei Dei near Dalet barrack in Kawo area of Kaduna city.

A press statement from Nigeria army division 1, internal security force, led by Brigadier General TC Ude, said the raid was carried out on Tuesday, March 5th, 2013 at about 5.30pm, following intelligence report in the area.

The statement also revealed that two men, two women and five children were arrested during the operation.

Apart from six AK 47 assault rifles, the military listed the following items as part of the weapons recovered:

-One Hundred and Twenty Five pieces of Detonator-33.

-One paint Can of Prepared IED.

-One Reel of Firing Cable.

The statement urged members of the public to cooperate with the army to fish out terror cells in Kaduna.

“We would like to seize this opportunity to solicit for more information about these terrorists and to assure you that every information received will be treated with absolute confidentiality. Once more, let me assure the good peoples of Kaduna State in particular and Nigerian People that the Nigerian Army in collaboration with other Security Agencies, will not relent on its efforts at ensuring the safety of lives and properties of the good citizens of our dear nation, ” said Brigadier General Ude.