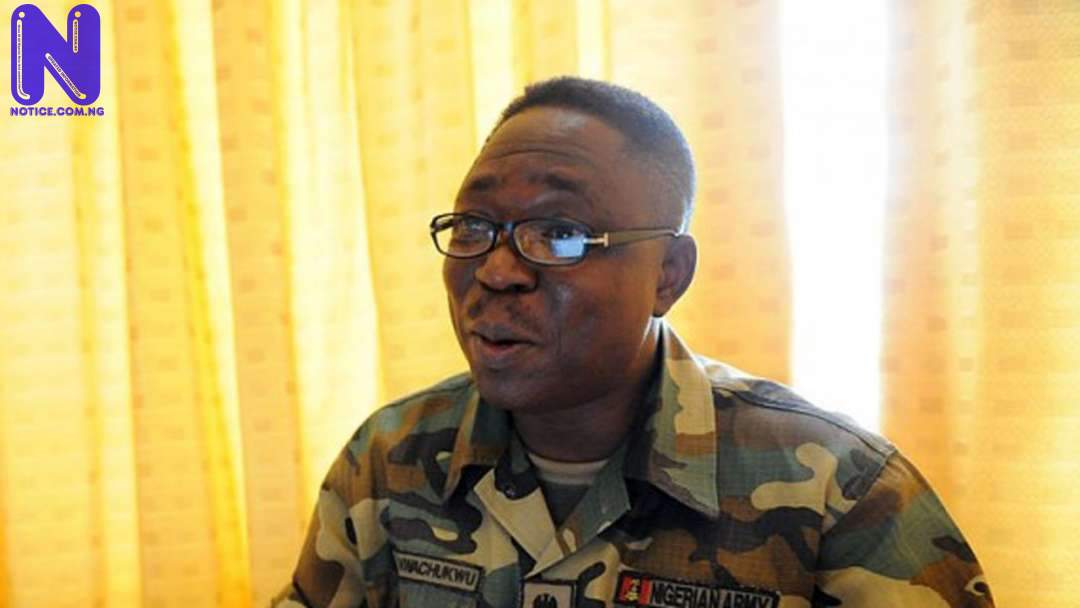 The Nigerian Army on Thursday debunked the reports of the release of captured Boko Haram fighters in Borno.

A statement signed by Onyema Nwachukwu, Director Army Public Relations said the reports were false and a malicious attempt to dampen troops’ morale and denigrate the Nigerian Army.

He said the Army does not intend to join issues with the masterminds of the false narrative but will make efforts to set the records straight.

“The Nigerian Army (NA) has been notified of a media publication alleging that the NA has handed over 1009 Ex-Boko Haram fighters to Borno State government.

“The report also alleged that the event was shrouded in secrecy. This report is obviously one of those attempts to dampen troops’ morale and denigrate the NA, riding on the back of unsubstantiated report and misinformation.”

“It is an indisputable fact that the ongoing Counter Terrorism Counter Insurgency Operations (CTCOIN) in the North East has led to the arrest of terrorism/insurgency suspects.”

“These suspects have been held in custody while undergoing profiling and further investigations by experts from the Joint Investigation Centre (JIC) and those who are found culpable are usually handed over to prosecuting agencies accordingly, while those who are not implicated in terrorism and insurgency are cleared and released to the state government for rehabilitation before they are reintegrated into the society.

“These cleared suspects are therefore not ex Boko Haram fighters, as peddled in the said online report and as the masterminds would want to impress on the public.

“A total of 1009 cleared suspects, not ex-fighters, were therefore released after this rigorous process on Wednesday 14 July 2021. “It is also necessary to categorically state that the handing over of the cleared suspects was not shrouded in secrecy as it was witnessed by United Nations Humanitarian and government agencies, in tandem with global best practice.

“The NA, therefore, urges the general public to discountenance this misinformation, as it is evidently a manipulation and distortion of the truth and reality of the event.” The statement further said