Nigeria will come out stronger against insecurity, banditry – Osun Speaker - May Day 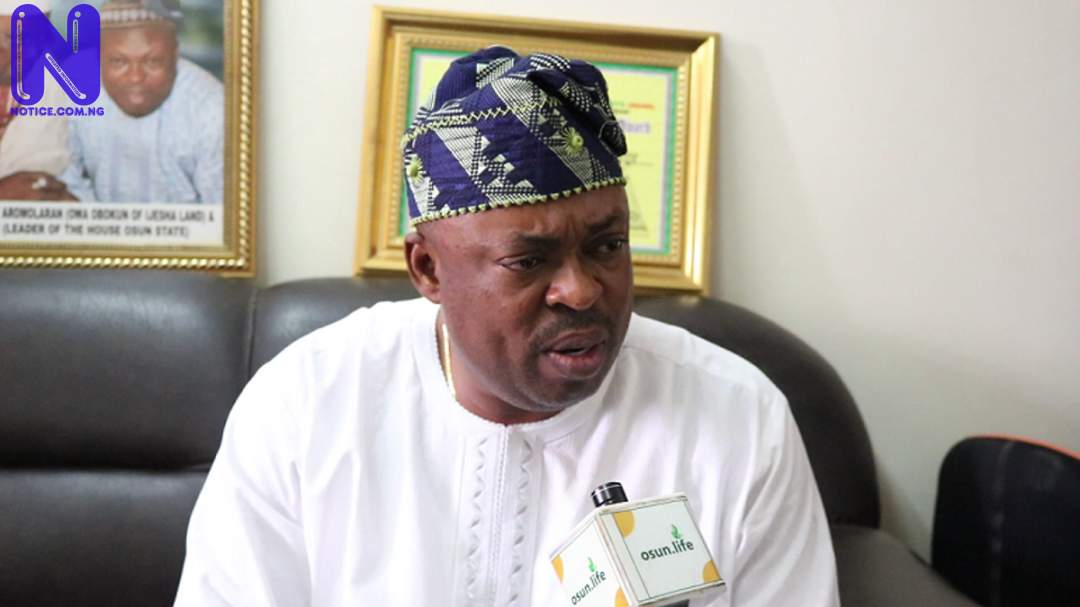 The Speaker, Osun State House of Assembly, Timothy Owoeye, has called on Nigerian People to be hopeful that the country will come out stronger from the frequent insurgency and banditry that have resulted in collateral damage to peace, stability and sovereignty of the nation.

This was even as the Speaker commended workers in Osun and Nigeria at large, for contributing their quota to the overall development and progress of the nation.

Owoeye in a statement by his Media Aide, Mr. Kunle Alabi and made available to Press noted that May Day is not just to commemorate Workers’ struggle for emancipation, but also to admonish and encourage them to take work seriously.

He stressed that the steadfastness of workers and belief in the entity called Nigeria will go a long way in reclaiming the harsh economic situation that the country is witnessing, saying Nigeria workers must be patriotic with the belief that the country will survive the insecurity plaguing her.

The Speaker urged workers to improve on their productivity in order to make Workers’ Day a meaningful one, describing workforce as an indispensable tool for the execution of government policies and programmes.

Owoeye further lauded Osun workers for their commitment and understanding, particularly in their support for the administration of Governor Adegboyega Oyetola’s effort at making the economy of the state stronger and viable.

“It is a known fact that frequency of insurgent attacks, banditry and kidnapping have resulted in collateral damage to the peace, stability, development and sovereignty of our country. We must all be hopeful that we will come out of the present situation stronger.

“No condition is permanent as we all say, change is possible, there has to be mutual and moral reorientation. Let us not put everything at the doorstep of governments, workers with their massive and committed members have a role to play in the reorientation and rebirth of our dear country.

“May Day calls for serious reflection given the spate of insecurity in the country arising from the activities of terrorists and bandits, harsh economic conditions and a host of all other difficulties”, the Speaker emphasised.