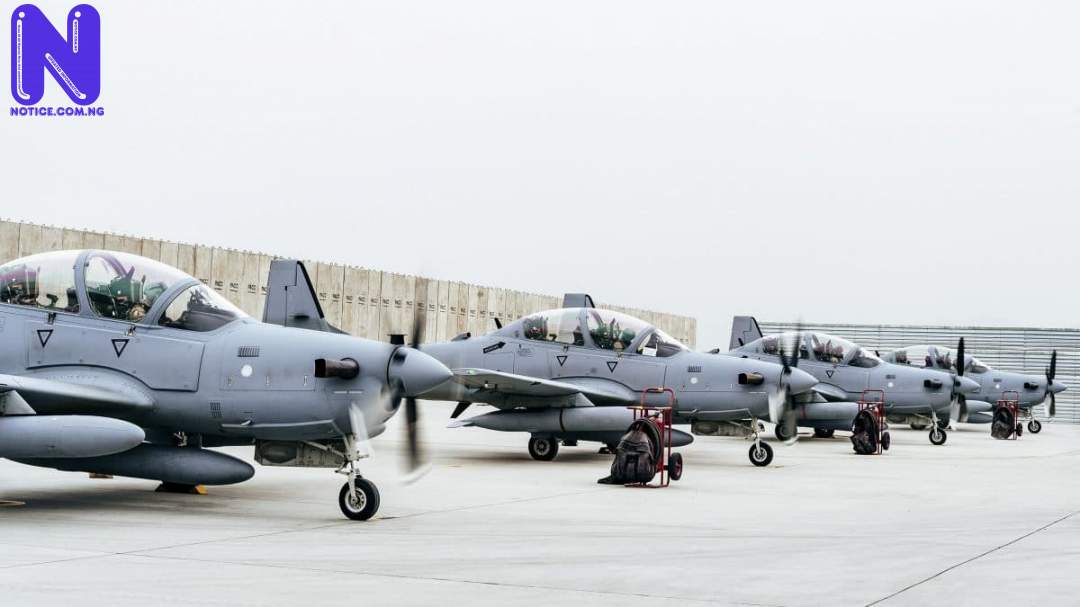 Nigeria on Thursday received the first batch of A-29 Super Tucano aircraft.

Air Commodore Edward Gabkwet, NAF Director of Public Relations and Information confirmed the arrival of the fighter aircraft in a statement.

Nigeria paid $462million for twelve Tucanos and other weapons in 2018.

This payment covered Forward Looking Infrared (FLIR) systems for six of them.