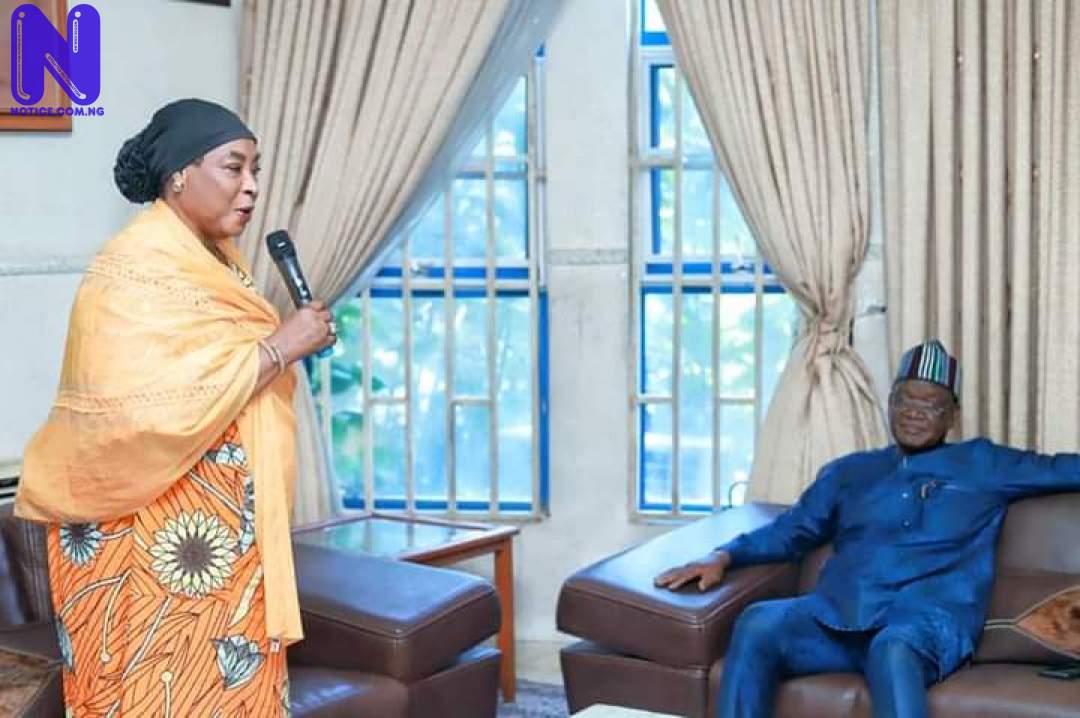 Hajia Inna Ciroma, Ex-Minister of Women Affairs has said that Nigeria needs fearless and truthful leaders like Governor Samuel Ortom of Benue State to rescue the country from its current challenges.

The Ex-Women Leader of the Peoples Democratic Party, PDP, spoke on Wednesday at her residence Wednesday, when she received the governor and his entourage on a condolence visit in the nation’s capital, Abuja.

According to her, at the moment, the country is at a crossroads and it will take the courage of leaders such as Governor Ortom and people who think about the future of the country to overcome the current challenges bedevilling the entire nation.

She said, “if we have Governors like you, maybe two or three, I am sure this country will overcome all its challenges. So I am appealing to leaders like you to join hands with you to rescue our country.

“At the moment, we are at a crossroads and nobody can deny that fact. But it only needs fearless and people that think for the future of this country.

The Ex-Minister stated that she was honoured and proud to be associated with the Ortom particularly receiving him on a condolence visit.

She stressed that her husband who died in 2018 also stood for the truth, saying he would be happy with Governor Ortom wherever he is now.

Governor Ortom explained that though the visit was belated, he had to make out time now to commiserate with Mrs Ciroma over the death of her husband, who he described as a “true nationalist that served Nigeria in various capacities.”