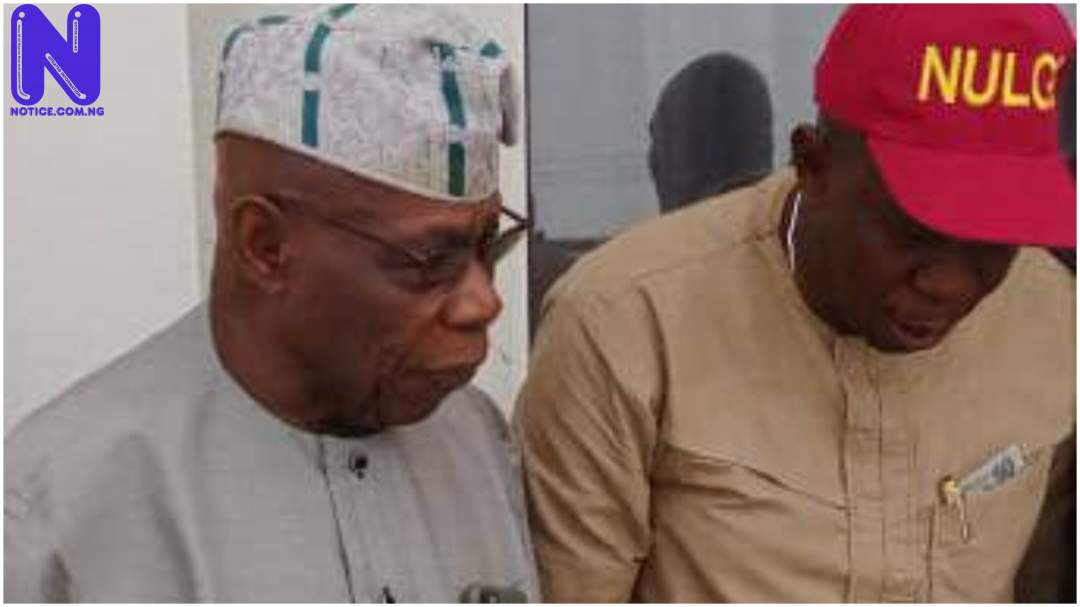 Ex-President, Olusegun Obasanjo has called for fervent prayers for Nigeria.
Obasanjo made the call when he hosted the new President of the National Union of Local Government Employees (NULGE), Akeem Olatunji Ambali at his Presidential Library Penthouse residence.
He said the situation in the 774 local governments had become worse, observing that they are no longer able to fulfil functions highlighted by the 1976 Local Government Reform.
“I am of the view that the situation needs prayers. A situation whereby a local government cannot even afford a grader to make local roads motorable.
“They can not build a hospital or provide for the educational needs of their people. This is not what we wanted the local government to be when we were creating the 1976 Reform.”
The Ex-Nigerian leader said the rot started under the military, who wanted to have such local councils in their respective areas.
He recalled that after local councils were increased to 774 from about 300, the politicians made matters worse with corruption.
“Local governments are expected to provide overall quality of life for the people who reside in their communities, but is that what we have now?”Obasanjo queried.
Ambali updated the Ex-President on the recent happenings in the union. He sought Obasanjo’s intervention and contribution on the planned delisting of local government from the 1999 constitution by the National Assembly.
The NULGE leader described the bill as an attempt to kill local government administration in the country.
The labour leader disclosed union leaders have been mandated to visit members of the lower chambers in their constituencies as part of advocacy and engagement to ensure they stand with the people.
Ambali said delisting the local government from the constitution is grievous, noting that despite being functional, the executive capitalises on the lacuna in section 7 (6 A&B), which permits the Houses of Assembly to legislate and appropriate funds for local governments, “to mismanage local government funds”.
“If they can perpetuate this illegality despite the constitutional provisions, it will be worse when the local government is delisted.
“This is because money meant for development at the grassroots will be credited to the state government and governors, and nobody will be responsible for the growth and development of the local government.
“We decided to come and inform you about this inhumane step, which you genuinely created in 1976. It will rubbish the good intentions that you had and completely mess up the councils,” Ambali added.