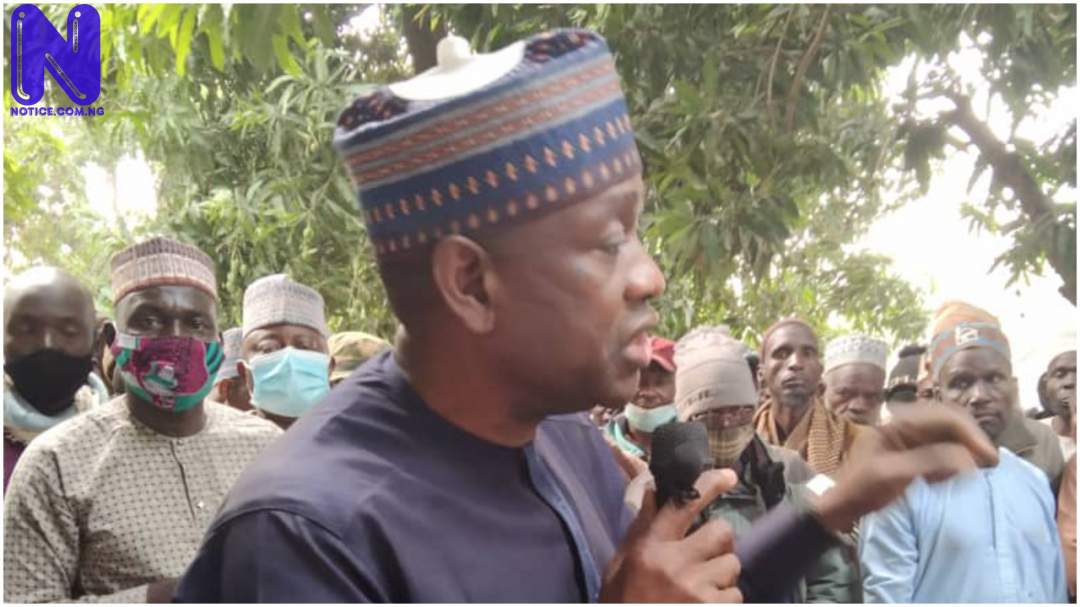 The Niger State Government has begged bandits unleashing terror on its citizens across the state to lay down their arms and give room for dialogue and reconciliation for peace and security to reign in the state.
The State Secretary to the Government, Alh. Ahmed Matane, who made the appeal in Dutsen Magaji, Mariga Local Government Area of the State while addressing Bandits and their Commanders said recent developments in the state calls for sober reflection.
The SSG also urged other criminal elements such as kidnappers and cattle rustlers to embrace the peace efforts of the state.
Matane, accompanied by a renowned Kaduna-based Islamic scholar, Sheikh Ahmed Abubakar Gumi said the move has become necessary to put an end to the security challenges that have bedevilled the state over the years.
The state government spokesman further called on the Commanders to support the State Government’s efforts to secure the freedom of the abducted Passengers of Niger State Transport Authority as well as Students of the Government Science College, Kagara.
The SSG noted the need for religious leaders and other stakeholders to prevail on bandits, kidnappers and cattle rustlers to key into the peace initiatives of the government while urging people to join hands to rid the state of any criminal activities.
Sheikh Ahmed Abubakar Gumi in his remarks expressed hope on the dialogue efforts of the government with the bandits so as to end the current insecurity in the state and country at large.
He told the hoodlums that Islam is against taking the lives of innocent people and appealed to them to embrace peace by laying down their arms.
Also, some of the Commanders of the bandits in their separate speeches urged the State Government to give chance for the peace process, saying the effort would go a long way in restoring peace across the state.
They further begged the State Government to release some of their members arrested by security agencies and detained across the state for the peace process to thrive.