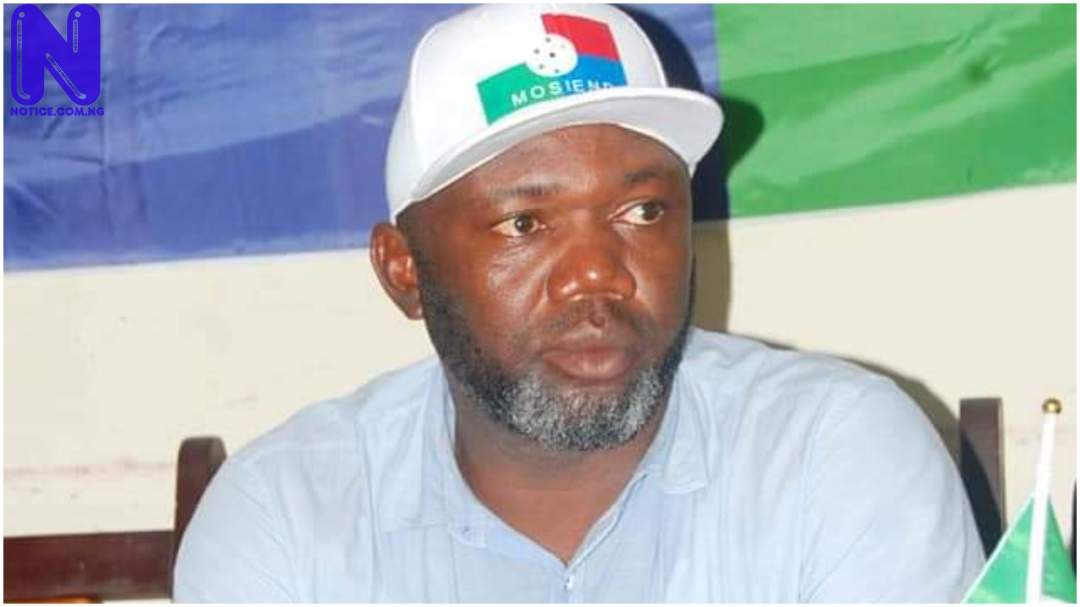 The leadership of Movement of the Survival of Ijaw Ethnic Nationality in the Niger Delta (MOSIEND), has vowed to tackle and expose criminal elements and their sponsors who seize people for monetary gains in the region.

MOSIEND stated that as a group, they are also declaring war against every community in the region that is abating and shielding these criminals, and called on the governors of the Niger Delta states to sit up and put a stop to these incessant kidnappings in the area.

Speaking with Press after an expanded stakeholders meeting, in Yenagoa, on Wednesday, the Vice President of MOSIEND, Comrade Thompson Fuoye, said kidnapping has become a growing business for criminals in the region, which isn’t acceptable anymore.

He said,”Just barely one month ago, the mother of the Secretary to the Bayelsa State government was kidnapped, a popular businessman was also kidnapped and even after paying ransom, they still went ahead to seize the wife and the aged father. What has our society turned into because of mischievous way to get money?”

Fuoye disclosed that all stakeholders have agreed to wage war and it will begin with the launch of ” Operation Know Your Neighbours in the region”.

He emphasized that this will be a movement that will be taken to every community in the region, adding that anyone who sees a neighbour that is living an affluence life that isn’t commensurate with what the fellow is doing should raise the alarm and the security agents will get the person for questioning.

He reiterated that the wicked and inhuman activities of these criminals are becoming overbearing and must be stopped.

His words, “We will take the campaign everywhere, after the launch of “Operation Know Your Neighbour” in the regio anybody living a lifestyle that doesn’t show what he does will be arrested and handed to the police for questioning. We get several calls from different families when these criminals operate and it’s so worrisome.

”We can’t continue to live in fear in our domain, threatened by our own brothers. While some of us are in Abuja tackling the federal government on how our people can have a sense of belonging, some people are in our villages kidnapping poor farmers in the name of business, to forcefully collect monies from their families. Isn’t that senseless of them? Then what is the essence of the liberation we are talking about? What justification do you have talking about bandits when we are enemies of ourselves?”