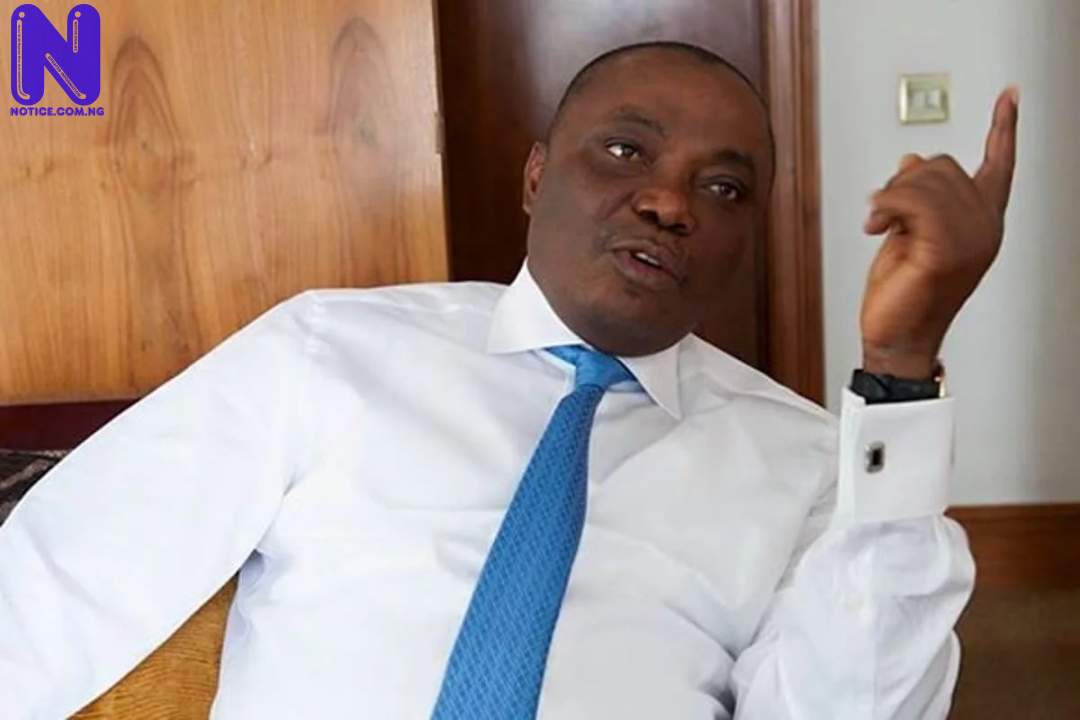 A Niger Delta based group, “The Niger Delta Transparency Watch”, has demanded for the suspension of Senator Peter Nwaoboshi over the N6.25 billion COVID-19 palliatives saga.
Senate Committee on Public Petitions, Ethics and Privileges on Tuesday, 22nd February, 2021, issued arrest warrant on the management of the Niger Delta Development Commission, (NDDC) for failing to appear before the panel to answer a petition against them.
Following the development, the group said, Peter Nwaoboshi, who is the Chairman, Senate Committee on Niger Delta Affairs paid an impromptu visit to the Head Office of NDDC in Portharcourt, where he denied any warrant of arrest against the management.
The group further expressed shock that Senator Nwaoboshi in further circumventing the decision of the investigative Committee appeared on a popular Television on Thursday to debunk any arrest warrant, thereby undermining the oversight powers of the Nigerian Senate.
In a statement, which was signed by the group’s Executive Director, Mr. Sampson Fingesi and two others, made available to Press in Abuja on Friday, they expressed disappointment that a lawmaker could sabotage the system he belongs.
Part of the statement read:

“The Niger Delta Transparency Watch calls on the Leadeship of the Nigerian Senate to caution and suspend Senator Peter Nwoboshi, the Senate Committee Chairman of the Niger Delta for circumventing and insurbodinating the Nigerian Senate over the ongoing investigation of the 6.25 Billion Naira COVID-19 Palliatives.
“The said investigation is being conducted by the Senate Committee on Public Petitions, Ethics and Privileges and the Committee on record on February 22, 2021 issued an arrest warrant on the management of the Niger Delta Development Commission, NDDC including Professor Daniel Pondei and Mr. Akwa, the current Acting Sole Administrator for failing to appear before the Committee.
“As stakeholders and watchers in the region, we are baffled by the misleading and misrepresentation by Senator Peter Nwoboshi on Channels TV 10pm news of Thursday, 25th February 202, wherein the Senator on a visit to NDDC office told the NDDC Acting Sole Administrator, that there was no bench warrant of arrest issued against him by the Senate.”
“This level of desperation leaves much to be desired. Surprisingly, the Niger Delta Committee is not the Committee investigating the serious alleged embezzlement of the Palliative money.
“Senator Peter Nwoboshi’s deliberate statement is ultra vires and seeks to overrule the Committee on Public Petitions which duly announced its decision on the last hearing date of February 22, 2021 at Senate Committee Room 120 and the report including video was on most news and media platforms across Nigeria.
“The question now to ask is what vested interest does Senator Peter Nwoboshi has in this 6.25 billion naira palliatives fund that was allegedly embezzled and unaccounted for?
“When did Senator Peter Nwoboshi become bigger than the Senate President who duly assigned this matter to the Senator Ayo Akinyelure-led Senate Committee on Ethics, Privileges and Public Petitions to handle.
“It seems to us that Senator Nwoboshi has wilfully made himself an enemy of the Niger Delta and has been the one stopping the NDDC management from honouring the multiple invitations by the Committee on Public Petitions, Ethics and Privileges and this is curious.
“We are challenging Senator Nwoboshi to concentrate on his EFCC multiple investigations on his alleged embezzlement of contract monies running into several billions of naira which he allegedly diverted from NDDC.
“We suspect that his hurried visit to the NDDC headquarters, where he made this propaganda and unlegislative utterance was to push for his selfish interest in a planned unrighteous collaboration with the NDDC management.
“We know that Senator Nwoboshi is under investigation on NDDC alleged multiple loots, and whereas we will not relent in ensuring that justice is served in the petition by High Chief Sobomabo Jackrich, Chairman of the COVID-19 Palliatives Distribution Committee of the NDDC.
“It is important to ensure that Senator Peter Nwoboshi does not succeed in portraying the Senate Committee on Public Petitions and indeed the Nigerian Senate as an irresponsible one lacking in integrity and institutional powers to do justice.”