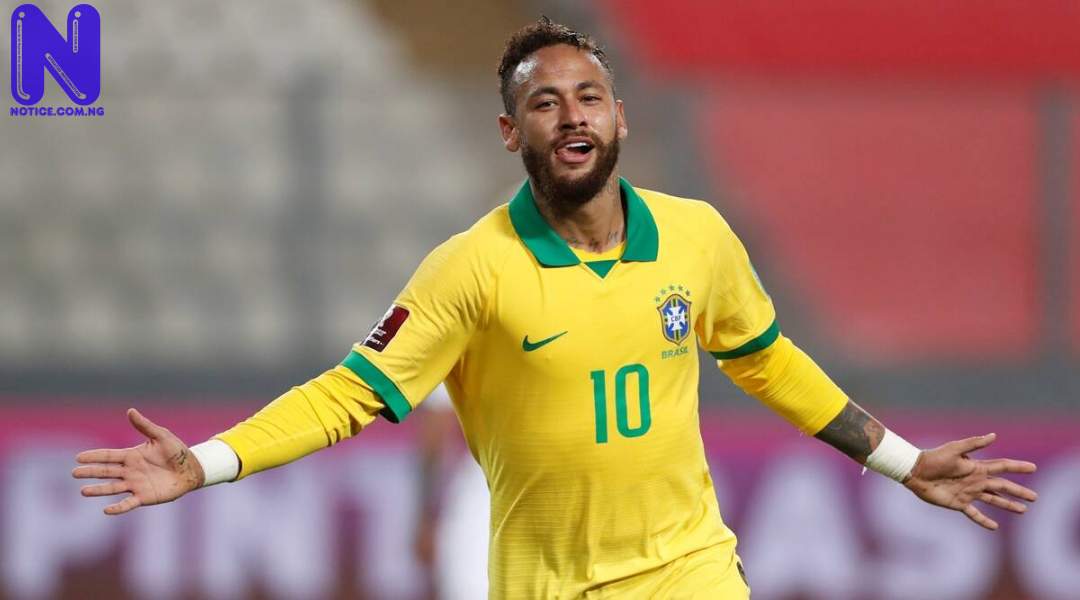 Neymar netted a hat-trick as Brazil defeated Peru 4-2 in a 2022 World Cup qualifier in Lima on Tuesday
The three goals moved Neymar into second place in his country’s all-time goalscoring list ahead of Ronaldo De Lima but beind Pele.
It was the hosts who took the lead in the 6th minute through Andre Carrillo, who volleyed in from outside the box.
But Neymar stepped up to equalized from the penalty spot after he was fouled in the 28th minute.
Peru, who have never beaten Brazil in a World Cup qualifier, were in front again after 59 minutes, only for Richarlison to level scores five minutes later.
Neymar put Brazil ahead with another penalty with seven minutes left and after Carlos Zambrano was sent off, he scored his 64th international goal when he stabbed home in injury time to make it 4-2.
Only Pele, with 77 goals, has scored more goals for Brazil than Neymar.
Brazil top the South American qualifying group with six points from two games.