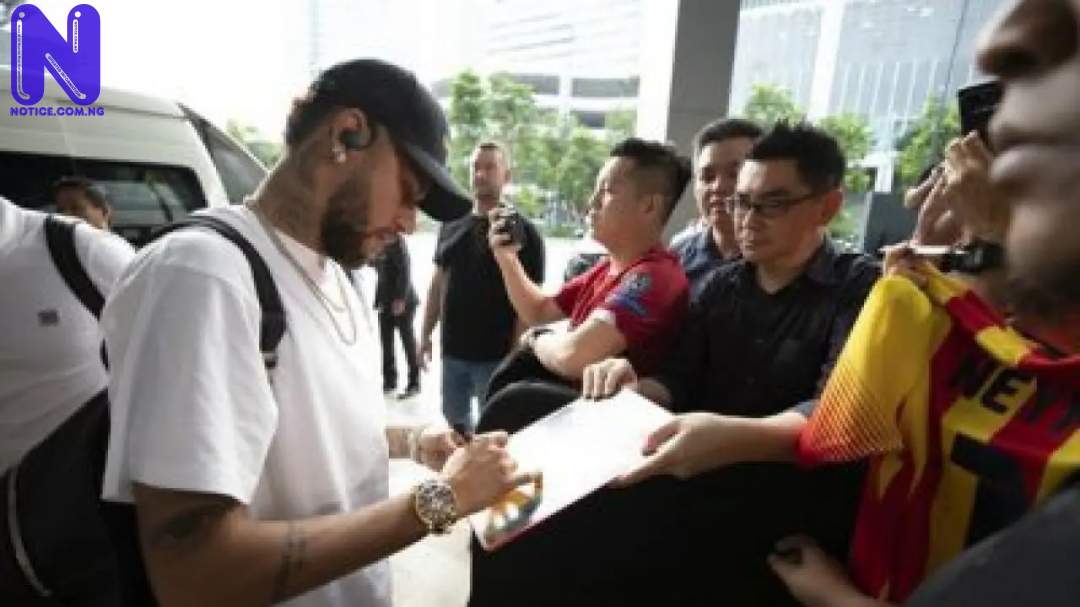 Paris Saint-Germain forward, Neymar, was among the first set of players to arrive in Singapore, ahead of Brazil’s next international matches.

The Selecao will take on Senegal on October 10 and Nigeria three days later.

As stated by Fox Sports Brazil, Neymar was accompanied by his PSG teammates Thiago Silva and Marquinhos.

The three players were released by PSG, after their 4-0 win against Angers SCO, in which Neymar netted his fourth league goal of the season.

Neymar will make his 100th appearance for country in one of the matches this week.