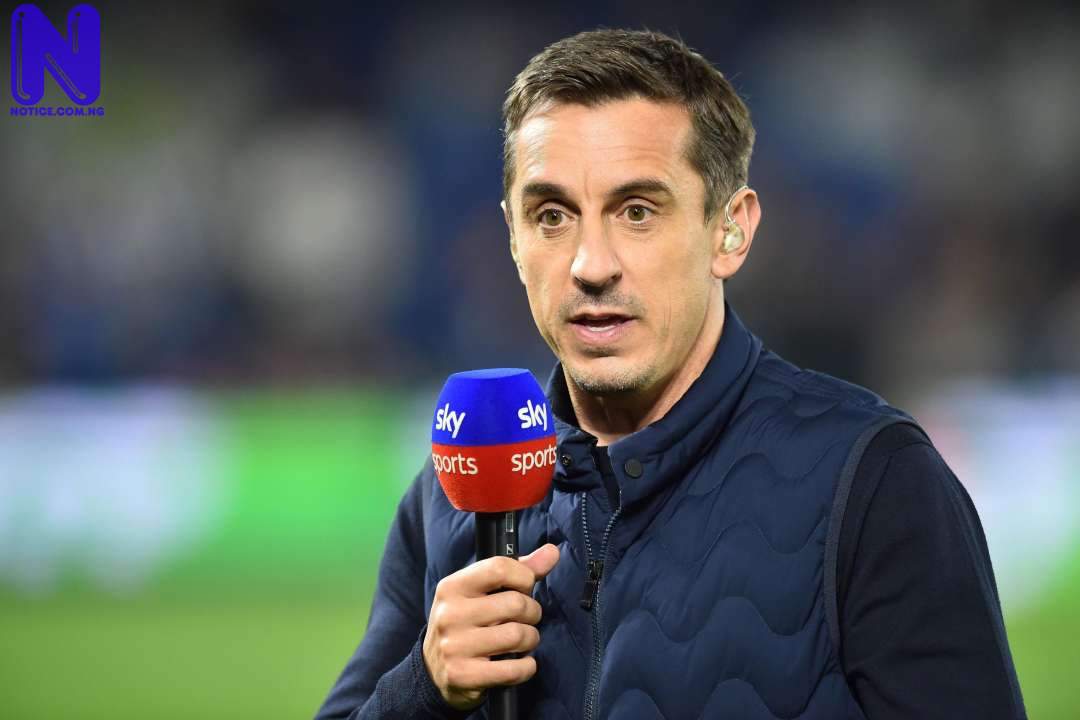 Ex-England international, Gary Neville, has handed manager, Gareth Southgate, a list of players he should field in the Three Lions’ Euro 2020 round of 16 tie against Germany.

England will tackle Germany in the last 16 of the ongoing European championship on Tuesday evening at Wembley Stadium.

Southgate’s men head to the game after beating Cezch Republic 1-0 in their final Group tie on Tuesday, while Germany played a 2-2 draw with Hungary on Wednesday to qualify.

According to Neville, Southgate should play Bukayo Saka, as well as captain Harry Kane and Raheem Sterling, who has scored both of England’s goals so far at the tournament.

“Wing backs to match up and engage Germany’s.

READ ALSO >>> Shearer, Ferdinand single out one player after 2-0 win - England versus Germany

“Saka and Sterling left higher in channels versus Germany wide centre backs. Rice and Philips onto Kroos and Gundogan.”

The kick-off time for England versus Germany is 5 pm.