Netherlands send Nigeria out of tournament - FIFA U17 World Cup 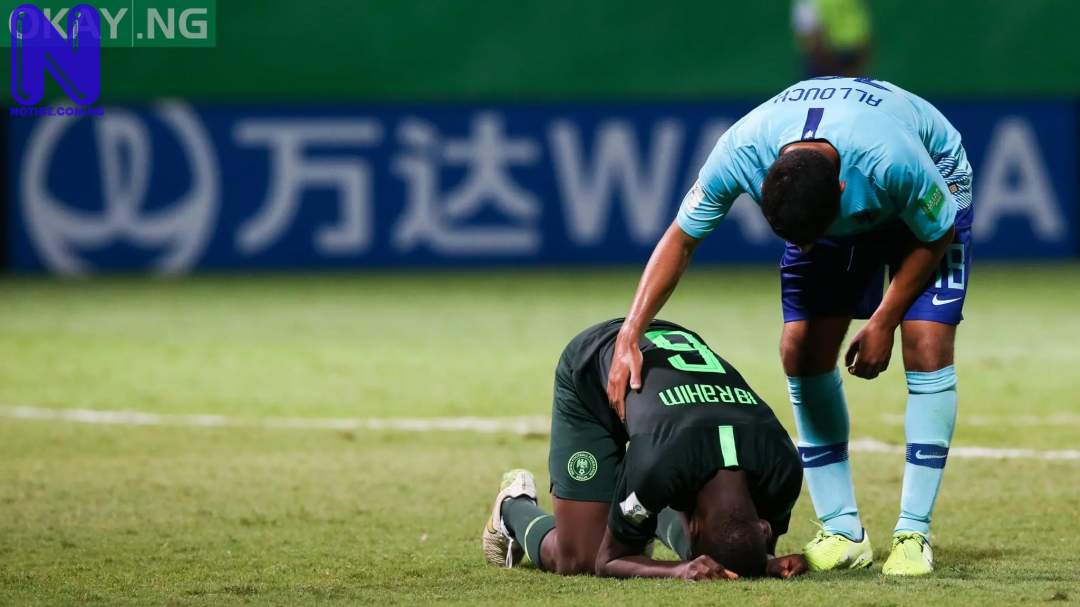 Nigeria has been eliminated from the ongoing FIFA U17 World Cup in Brazil, following a 3-1 defeat to the Netherlands in a Round of 16 game.

Sontje Hansen netted a superb hat-trick, to send Manu Garba’s boys out of the competition.

The Golden Eaglets conceded the first goal as early as the fourth minute of play, but equalized in the 12th minute through Olakunle Olusegun.

Three minutes later, Hansen restored the Oranje’s lead with his second goal of the night.

Nigeria failed to find another equalizer, before the Ajax youngster sealed victory for his team from the spot with 10 minutes left.