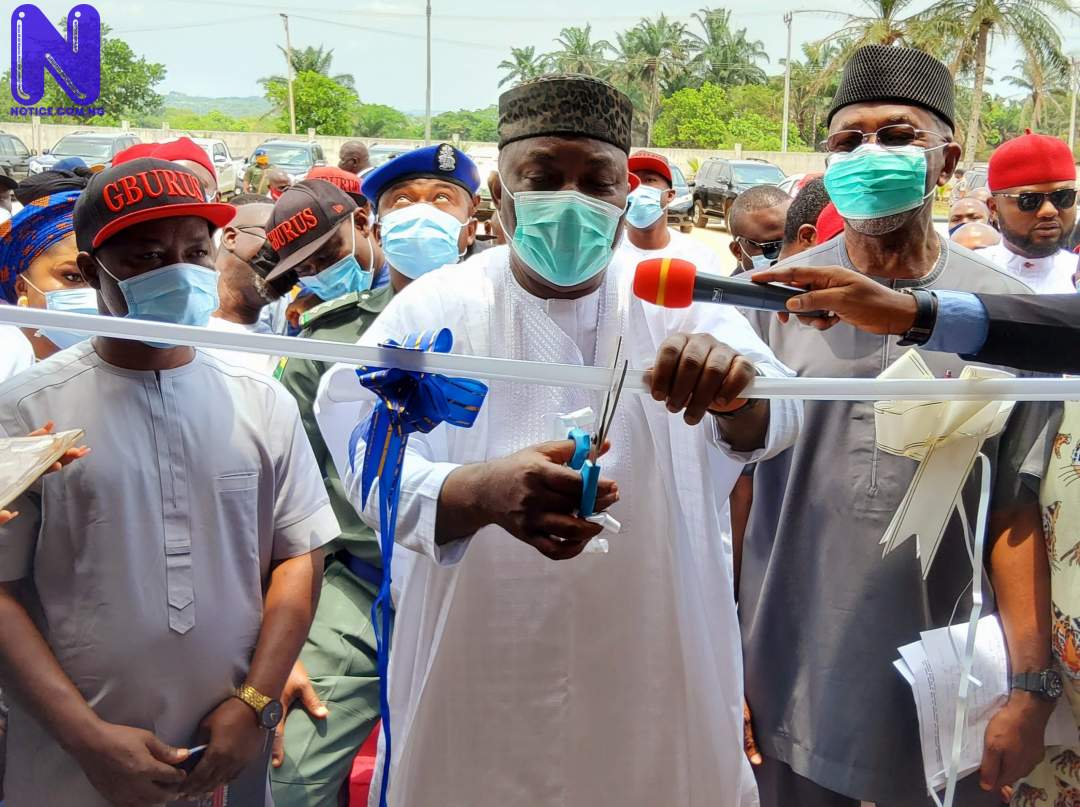 Stakeholders in the investment and business promotion sector have commended Governor Ifeanyi Ugwuanyi of Enugu State, for providing a conducive atmosphere and the framework for businesses to thrive in Enugu State.

Speaking during the unveiling of the Lion Business Park Enugu, an integrated industrial/commercial hub, driven by public-private partnership initiative, which was an offshoot of the first-ever Enugu State Investment Summit in 2016, christened “Oganiru Enugu”, organized by the Ugwuanyi administration to woo investors, the stakeholders described the project as one of the governor’s visions that has become a reality.

The event also witnessed inauguration of the Lion Business Park Head Office complex and special presentation of the Park.

Represented by the Assistant Director/Zone Administrator, Enugu Industrial Park Free Trade Zone, Mrs. Obiageli Obioha, NEPZA’s Managing Director disclosed that they were impressed with the milestone the Zone Management of Lion Business Park has accomplished, pointing out that “the construction work here at site is enough to attest to the absolute readiness of the Promoters to commence full business”.

NEPZA stated that the initiative was a welcome development “as it will encourage in-Country manufacturing which aligns with the current drive by the Federal Government to focus the economy on local production and moving away from Import dependency”.

“It needs to be reiterated that Lion Business Park FZ Development Company has taken the bull by the horns by acquiring this massive land (measuring 2,000 hectares) through the support of the state government; and putting in place the necessary infrastructure, now is the right time to be allocated a space for active participation”.

The agency therefore encouraged the captains of industry, local and foreign investors, other individuals, groups and governments to take advantage of the incentives which the scheme offers to bring about rapid socio-economic and industrial development in the South East region and Nigeria by extension, assuring them that “your investment is in safe hands while expecting that you play by the rules”.

On his part, the Director General of National Office for Technology Acquisition and Promotion (NOTAP), Dr. Dan-Azumi Mohammed Ibrahim, lauded Gov. Ugwuanyi for his foresight towards the actualization of the gigantic investment project in Enugu State, saying: “I am really impressed with this vision”.

Dr. Ibrahim maintained that NOTAP is committed to any effort to reduce unemployment and grow the nation’s economy, stressing that the agency will support and assist Lion Business Park to realize its set objectives.

The Ex-Economic Adviser to the President, Professor Osita Ogbu pointed out that the governor’s vision to partner the Lion Business Park is clear and should be applauded, stressing that “it is an important project all of us should buy into”.

Noting that the vision of the project is in line with the mandate of “Alaigbo Stabilization Fund”, Professor Ogbu thanked Gov. Ugwuanyi and all those who are leading it for their philanthropic vision and zeal towards the progress of Igboland.

In his welcome address, the Chairman of Lion Business Park, Dr. Okechukwu John Mbonu, congratulated Gov. Ugwuanyi for “your vision turned reality”, adding: “I am proud to say that you conceived the vision of an economic hub and Lion Business Park turned that vision into reality”.

According to him, “it all started in 2016, when Enugu State Government under the able leadership of His Excellency, Rt. Hon. Ifeanyi Ugwuanyi organized an investment summit, which attracted participants from within and outside Nigeria.

“The central theme of the summit was on how to catalyze the economy of Nigeria and in particular South Eastern region, using the advantages offered by Enugu State as a peaceful central location”.

Unveiling the Park, Gov. Ugwuanyi described the event as historic “as it heralds the birthing of Lion Business Park, a novelty especially in Eastern Nigeria”, stressing that “it is also momentous as Lion Business Park presents an opportunity for us to key into Mr. President’s vision of diversifying the economy of Nigeria through promotion of local production of goods and services for export, creation of employment and stimulation of economic growth”.

His words: “We have strived to transform the economy of the state through the implementation of several economic projects and various development agenda. We organized the first-ever Enugu State Investment Summit in 2016 (Oganiru Enugu) wherein we opened up Enugu State to investors and showcased the investment opportunities in the state.

The Ex-President of the Senate, Sen. Anyim Pius Anyim, members of the State House of Assembly, Council Chairmen, the Senior Special Assistant to the Governor on Free Trade Zone, Mr. Martin Orakwe, local and foreign investors, were among the dignitaries at the event.