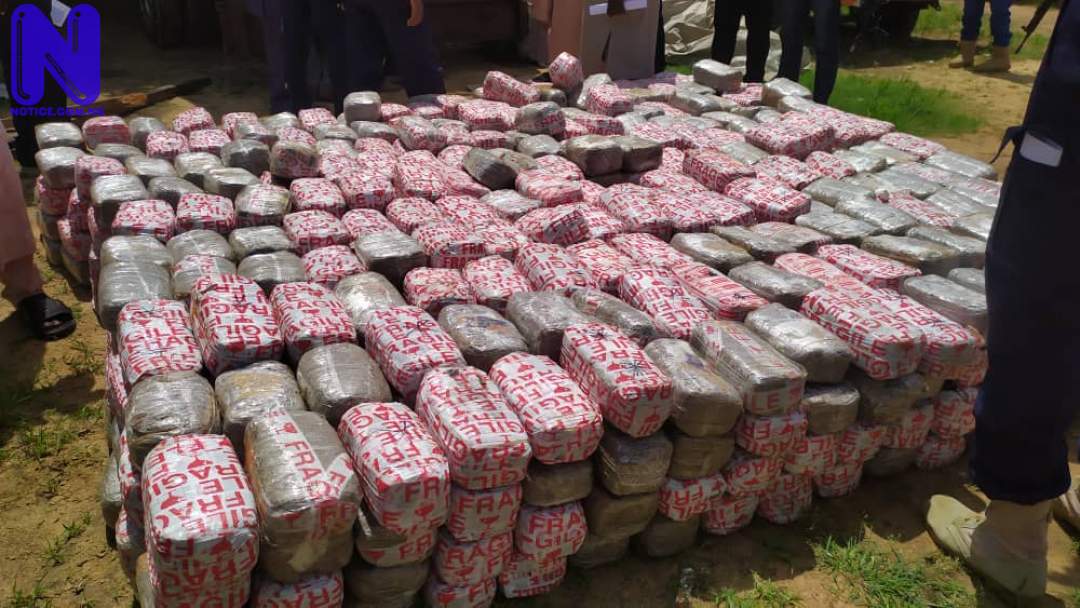 National Drug Law Enforcement Agency (NDLEA) Yobe Command, said it has seized 843 compressed block of cannabis sativa worth over 10 million Naira.
Mr Apeh Reuben, the State Commander disclosed this on Monday while addressing newsmen in Damaturu.
He said the officers and men of the Command on Saturday, Sept. 12, 2020, around 2030hrs, seized the substance on a truck with registration number KWL 523 ZA ABJ from Edo State (Uzebba).
Reuben added that the two suspects Femi Gbenba, a 46-year-old and Isah Mohammed, a 32-year-old were also arrested in connection with seized substance in Potiskum Local Government.
“One of our efforts in Yobe State Command is to cut-off the chain of supply of illicit drugs and also to persuade abusers and traffickers of these drugs to stop,” Reuben added.
He noted that the persistent demand of illicit drugs and trafficking in Yobe State was increasing on daily basis.
“For us to have a safe environment, our stakeholders must be committed in fighting the problem of drug abuse and trafficking alongside with NDLEA,’’ he said.