NDLEA confiscates over N17m worth of illicit drugs in Rivers 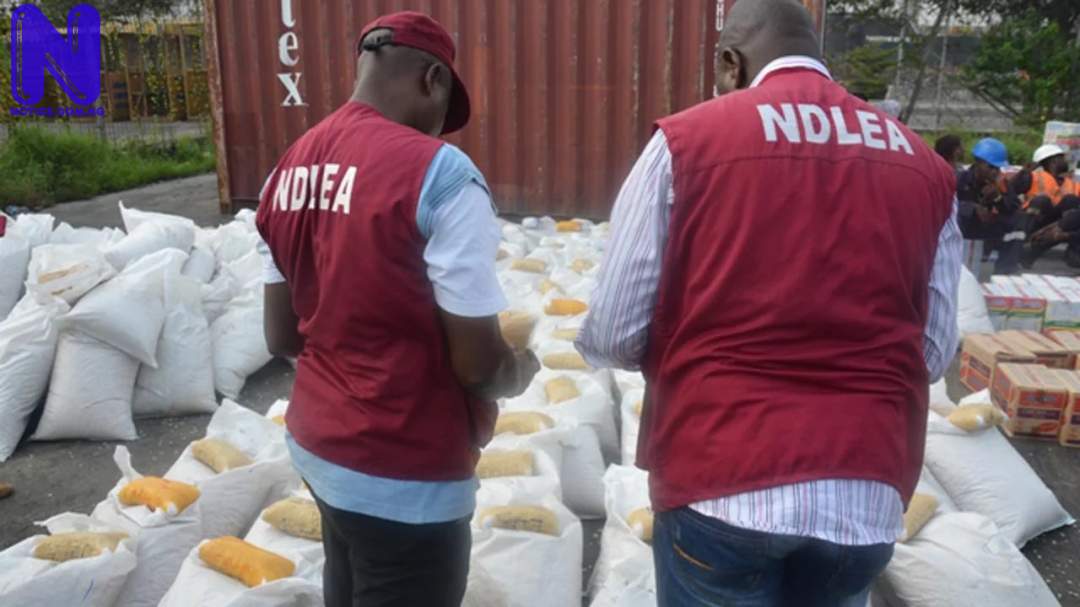 The Rivers State Command of the National Drug Law Enforcement Agency (NDLEA) has confiscated over N17 million worth of cannabis in Port Harcourt.
The NDLEA State Commander, Rachael Shelleng, disclosed this while displaying the seizures at the Rivers command in Port Harcourt on Sunday, NAN reports.
She said that 0.029kg of cocaine, 0.006kg of heroine and 0.048kg of methamphetamine were also confiscated.
The Commander explained that three male suspects have been apprehended in connection with the seizure and have been transferred to the Command’s Headquarters for further investigation.
Shelleng disclosed that in the early hours of Feb. 20, based on high profile intelligence gathering, officers of the command successfully uncovered a cannabis warehouse in Abuja Estate and Slaughter areas of Trans-Amadi in Port Harcourt.
“Both Abuja Estate and Slaughter areas of Port Harcourt have been identified as very notorious spots for illicit drug peddling. Therefore, the agency will stop at nothing towards ensuring that those black spots and indeed the entire state is cleared from illicit drugs,” she said.
The NDLEA boss, therefore, urged the public to avail the agency of actionable intelligence that would lead to ridding the state of illicit drugs trade.
“There will be no more hiding place for illicit drug dealers because the NDLEA is poised to fish them all out.
“The destructive effects of methamphetamine are quite enormous as it affects both users of the substance as well as non-users who may be residing around any clandestine laboratories,” she added.