Ndigbo have nothing against Buhari, APC – BOT member, Okoloagu 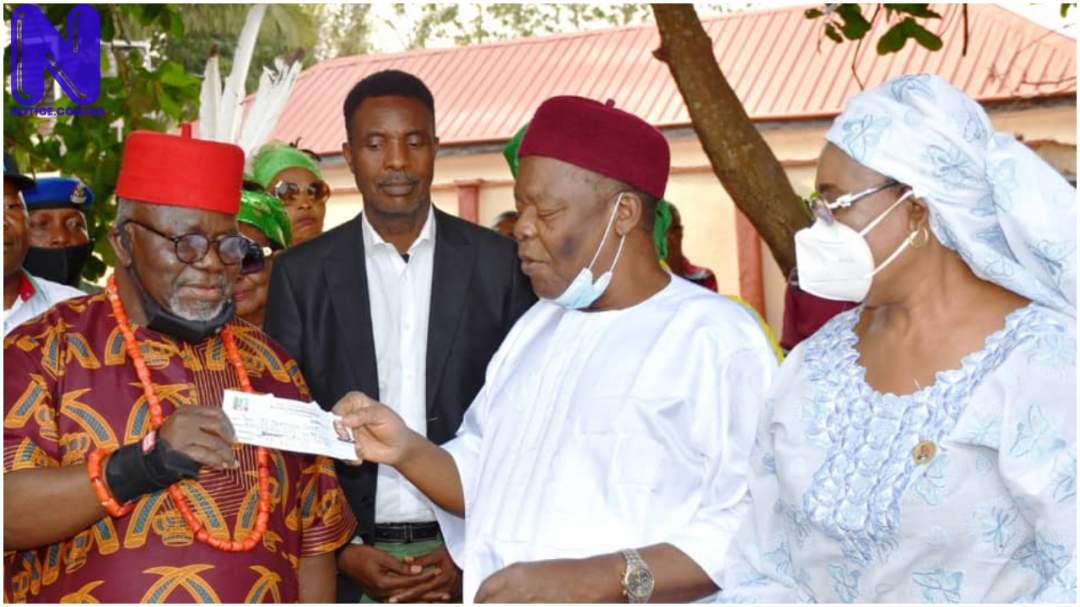 A member of the Board of Trustees, BOT, of the All Progressives Congress, APC, Gen. John Okoloagu, rtd., has declared that the people of South-East have nothing against President Muhammudu Buhari or the ruling party.
He also made it clear that contrary to feelings in some quarters, the APC was not a Hausa or Yoruba party but belonged to all Nigerian People.
Okoloagu, who spoke when he revalidated his membership of the party in his country home, Ukehe, Igbo-Etiti Local Government Area of Enugu State, noted that when ex-President Olusegun Obasanjo was in power, the Peoples Democratic Party, PDP, was not labelled a Yoruba party.
He said it was erroneous for anybody to infer that the Igbo hate APC or Buhari.
“Igbos have nothing against Buhari. They have nothing against APC. APC is not a Hausa or Fulani party. APC is not a Muslim party. We should educate our people on this,” he said.
He said that in a free and fair election, APC would win election in any part of the country, including Enugu State.
“In a free and fair election, PDP is not on ground. We’ll not rig elections but we shall win the 2023 election. PDP can say anything. Go to your area and convince people to join APC, ” he advised party members
Okoloagu appealed to the Chairman of the APC revalidation and membership registration, Sent. Jonathan Zwingina, to use his good offices to ensure that the electoral act was passed into law to dissuade rigging.
“Chairman, what you can do for the Igbo and Enugu State in particular is to use your contacts and experience and whatever to ensure that the electoral act is signed before the next election.
“Ensure too that Local Government elections come under the supervision and conduct of INEC and that is the only time you people will understand whether the Igbo have anything against the ruling party or not,” he declared.
Speaking, Zwingina urged the ward chairmen to do anything possible to convince people to register with APC, pointing out that even civil servants were free to register and become party members.
Earlier, the Enugu State Chairman of APC, Dr. Ben Nwoye had urged party faithful in the area to embrace the exercise as it would place the APC in a vantage position to win elections in future.
Nwoye, who was commended by Swingina over his efforts to ensure that the exercise is successful, assured that the APC will capture Enugu State in the 2023 elections.