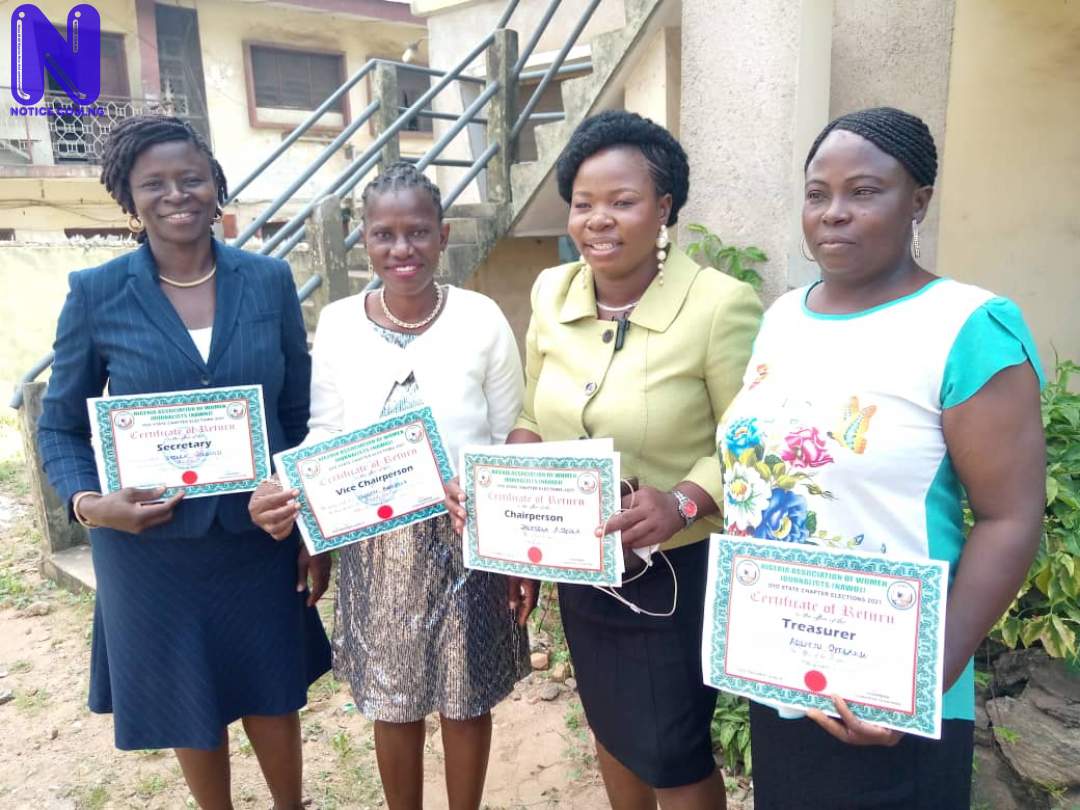 The national secretariat of Nigeria Association of Women Journalists (NAWOJ) has appealed to security agencies in Oyo State to, without wasting more time, arrest and prosecute some impostors who are parading themselves as the factional executive of the union in the state.

The association made this disclosure via a statement signed by the National Secretary of the union, Comrade Helen Udofia.

Our correspondent recalls that the National Secretariat of the union had last month which had Jadesola Ajibola as Chairperson.

It was however gathered that some aggrieved members of the union on the same day inaugurated their own executive.

The development was condemned by the national body of the union. The union explained that it can only in the state.

The national secretariat of the union has however enjoined security agencies to treat those who went ahead to inaugurate their own executive as impersonators.

The union, while affirming its stand, said that it only recognises executives led by Ajibola.

Udofia in the letter made available to Press on Tuesday said that the association issued the statement in order to clear the air on the matter to avoid a situation where innocent members of the public would be misinformed.

She maintained that NAWOJ national secretariat has distanced itself from the charade of Omolola Alamu, Shade Oduola, Ramat Alade, Temilola Ankarah, Temitope Oyewole and Kehinde Igbari, who are parading themselves as leaders of NAWOJ in the state.

She added that the impostors failed to meet the constitutional requirements to contest in the recent election and can therefore not be allowed to use the backdoor to foist themselves on the association.

"NAWOJ is equally constrained to take judicial notice of the activities of the impostors as well as using this medium to inform all security agencies in Oyo State to take notice and treat Omolola Alamu and her co-travellers as well as their associates within and outside the association as impersonators.

“For emphasis, NAWOJ national secretariat wishes to state very clearly that it has distanced itself from the charade of Omolola Alamu, Shade Oduola, Ramat Alade, Temilola Ankarah, Temitope Oyewole and Kehinde Igbari, parading themselves as leaders of NAWOJ in Oyo State as they clearly failed to meet the constitutional requirements to contest in the recent election and can therefore not be allowed to use the backdoor to foist themselves on the association.

"It is therefore unacceptable to allow a group of people constitute themselves into brigandage and lawlessness by falsely laying claims through the backdoor to what they did not achieve through laid down procedures and rules,” she said.

“NAWOJ National secretariat only recognises the leadership of the association in Oyo state led by Jadesola Ajibola that was duly elected and swore-in by officials assigned by national leadership and urged members of the public to relate and transact business with her and members of her executive”.