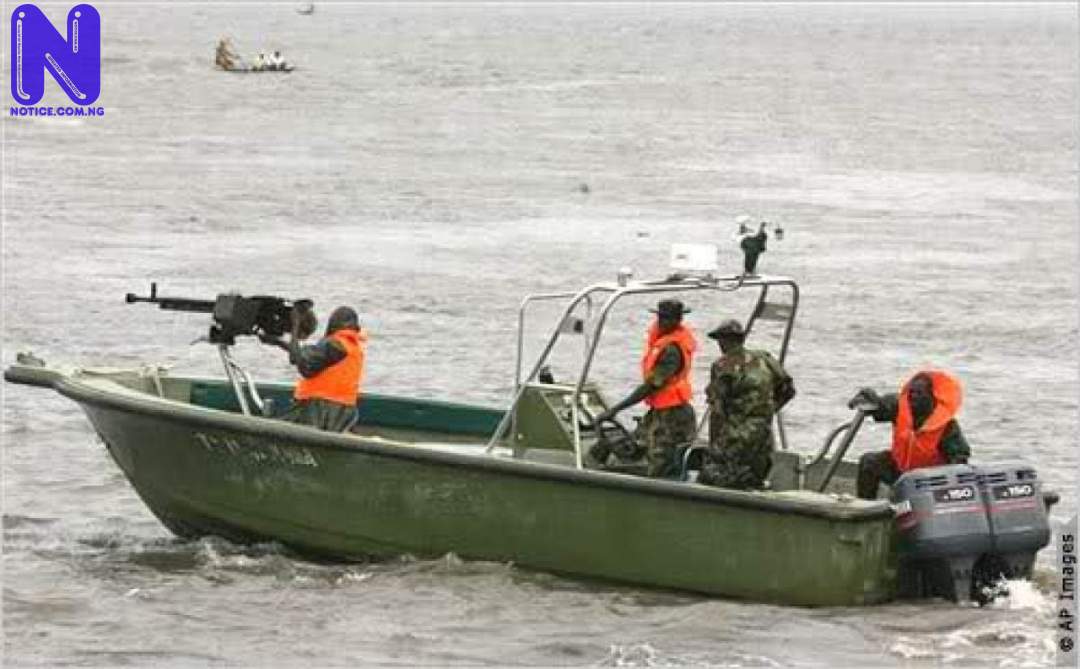 The Nigerian Navy (NN) Ship, (NNS) PROSPERITY, have rescued two Ghanaian fishermen floating at sea on a yellow 20 litres gallon while on patrol about 10 nautical miles (nm) North-East of Dangote Quay on August 2.

The Director of Information, Naval Headquarters, Commodore Adedotun Ayo-Vaughan, made this known in a statement on Friday in Abuja.

According to him, the ship on sighting a man, altered course towards the position of the man and successfully recovered him.

The rescued man revealed that a second person was involved, as such, the ship proceeded to the position of the second man and safely recovered him as well.

The director, in spite of that, added that the duo went fishing on July 31, but encountered a boat mishap at about 10pm, same day.

"Sadly, others were said to have drowned before the remaining two were rescued by the ship," he said.