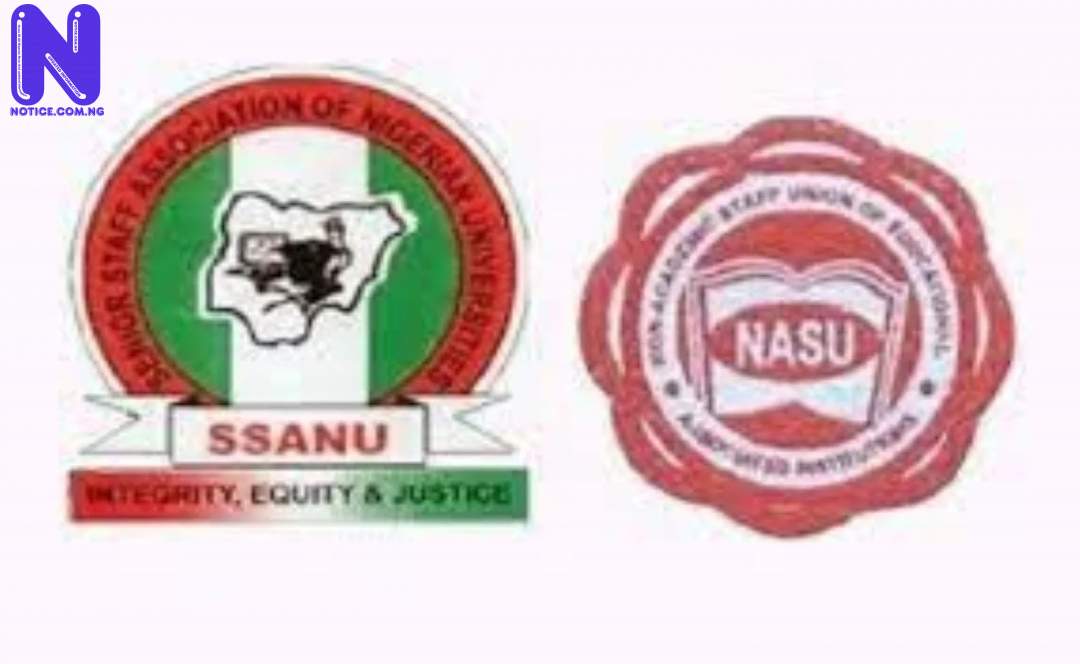 The Non-Academic Staff Union (NASU) and Senior Staff Association of Nigerian Universities (SSANU), Lagos State University (LASU) Chapter, on Thursday suspended an indefinite strike over outstanding arrears of minimum wage and other demands.
NASU and SSANU under the aegis of the Joint Action Committee (JAC) had embarked on a nationwide strike on Feb. 5, to compel the Federal Government to address their demands.
NAN reports that NASU and SSANU, LASU chapter, also demanded payment for their members’ earned allowances and rightful position.
The two unions had shut the university’s main gate and the senate building during the indefinite strike which affected the first-semester examination of the institution.
Mr Moruf Sanni, Chairman, NASU, LASU Chapter, said the workers suspended the strike to honour the Lagos State Governor, Mr Babajide Sanwo-Olu.
“We had a virtual meeting with the Lagos State Government on Wednesday.
“It was led by the Commissioner for Establishments and the government appealed to us to honour the governor by suspending the strike.
“After the suspension of the strike, we can come back to negotiate with the government concerning our issues or demands.
“We believe that the governor will do whatever he says,” Sanni said.

Miss Zainab Adams, Public Relations Officer, Student Union, LASU, said that the students had yet to return to campus.
Adams said that LASU management would be meeting on Friday, to discuss and announce a resumption date so students could conclude examinations.